Turkey, Afghanistan and Pakistan extended full support on Tuesday to the goals of Kabul Conference. 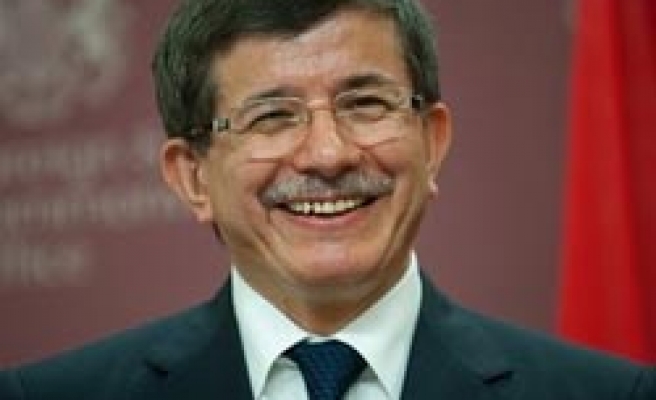 Turkey, Afghanistan and Pakistan extended full support on Tuesday to the goals of Kabul Conference.

The joint working group set up by Turkey, Afghanistan and Pakistan met in Kabul, and exchanged views on the possible results of the Kabul Conference taking place in the Afghan capital.

Diplomats of the three countries released a statement at the end of their meeting in which they extended support to the Afghanization process.

Turkish, Afghan and Pakistani diplomats said the Istanbul Statement on Friendship and Cooperation in the Heart of Asia was a vision strengthening the final declaration of the Kabul Conference.

Turkey hosted an Istanbul Summit on Friendship and Cooperation in the Heart of Asia in January 2010, which ended with a statement that reaffirmed strong commitment to the sovereignty, independence, territorial integrity and national unity of Afghanistan and reiterated commitment to continued support for the Government and people of Afghanistan as they developed their country, reconstructed their economy, and further improved their human capital.

The diplomats also agreed to hold another meeting in Istanbul within this year to monitor the developments after the Kabul Conference and get prepared to the Fifth Trilateral Summit to take place at the beginning of 2011.

The Government of Afghanistan, Tuesday, brought together representatives of more than 70 partner countries, international and regional organizations and financial institutions to deliberate and endorse an Afghan Government-led plan for improved development, governance, and stability.

The International Conference on Afghanistan, the first of its kind in Kabul, aimed to mark the culmination of several months of intensive study and rigorous policy debate on Government priorities implemented through national programs, to deliver on the key goals of economic growth and job creation. Building on commitments made at the recent international London Conference, the conference also aimed to support a peaceful, stable and prosperous Afghanistan.

I apprciate all such of efforts of foreign countries but unfortunately it won't bring anything interesting for the Afghan nation as the conferences that took place before. People don't respect such sorts of activities. They are striving for food, employment, and security. Countries should think on working/supporing directly the Afghan people so that the gap that exist will end up.