Australia and Turkey signed Friday a Memorandum of Understanding (MoU) to establish a bilateral Business Council. 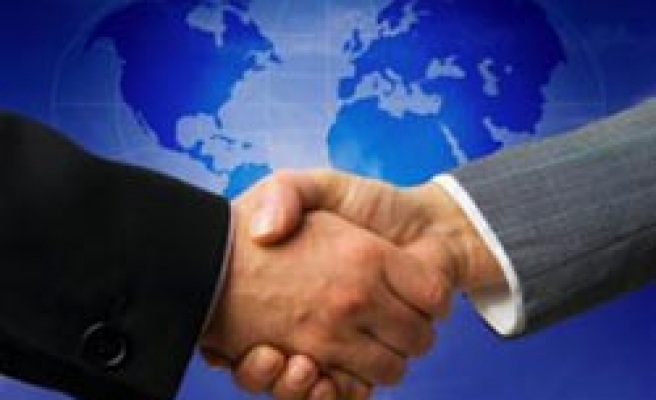 The Turkish Foreign Economic Relations Board (DEIK) and The Australian Industry Group (Ai Group) signed a Memorandum of Understanding (MoU) on Friday to establish a bilateral Business Council.

The bilateral Business Council will help promote trade between the two countries, and contribute to industrial and technological collaboration between their enterprises and economic institutions.

It also aims to coordinate joint efforts to collect, combine, analyze, evaluate, and diffuse information in relation to trade, industrial and technological cooperation and investments.

Turkey's Deputy Prime Minister for economy Ali Babacan is part of the delegation and witnessed the signing of the MoU during G20 visit in Sydney.

"The Australian-Turkish relationship took an important step today that will go some way to boosting trade between the two countries. Turkey and Australia already have many commercial ties, including defense, mining, construction and food sectors. The MoU is a natural next step in strengthening this relationship," said Innes Willox, chief executive of the Australian Industry Group.

The head of the Union of Chambers and Commodity Exchanges of Turkey (TOBB), Rifat Hisarciklioglu, has underlined historical roots between the Australian-Turkish friendship.

“Existing trade between two nations is not reflective of the potentials of the countries. Now it is the right time to establish a stronger economic relation between the two nations,” Hisarciklioglu said.

The trade between Turkey and Australia was at US$1.05 billion in 2012. Exports to Australia were worth US$470 million, with principal items including food items and passenger vehicles, household equipment and lime, cement and construction materials.

Imports from Australia were valued at US$581 million, principal items being coal and live animals.