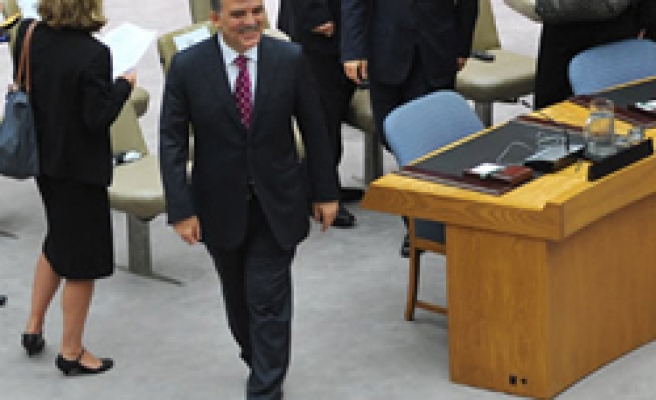 Speaking at the UN General Assembly meeting in New York on Thursday, Gul said, "I call upon the member states to explore the possibility of establishing a "Global Rapid Reaction Capability" to effectively tackle natural and ecological disasters, food shortages and epidemics."

"This would also help maintain international peace and security by mitigating the threats stemming from weak governance, collapse of public order and domestic or inter-state conflicts over diminishing natural resources," he noted.

Gul said, "if we allocate a small fraction of our defense expenditures to the financing and establishment of this new capability, we would have more cost efficient results in maintaining peace and stability in the world."

"Moreover, if we could pool some of our defense equipment that lost its effective utilization in military terms but are still relevant for disaster relief operations, we would swiftly build the said rapid reaction capability," he added.

Gul said, "the existing regional capacities might be very instrumental in this global endeavor."