Turkey asks US to base Predators on its soil against PKK: report

U.S. is considering Ankara’s request to base Predators in Turkey to fight PKK militants in northern Iraq, a US paper said on Sunday. 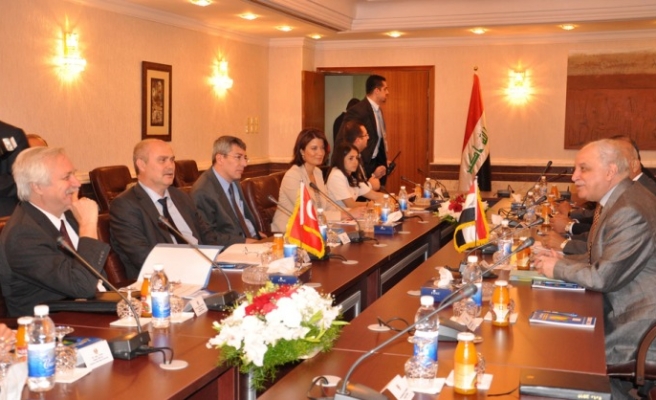 U.S. is considering Ankara's request to base Predators in Turkey to fight PKK militants in northern Iraq, a US paper said on Sunday.

"The Obama administration is considering a request from Turkey to base a fleet of Predator drones on Turkish soil for counterterrorism operations in northern Iraq," Washington Post said.

Citing unnamed senior US military officials, the newspaper said a decision to deploy the drones could strengthen the US-Turkish diplomatic alliance but draw the United States deeper into the conflict.

The US military has flown unarmed Predators from Iraqi bases since 2007, sharing their surveillance video with Turkey as part of a secretive crackdown against militants from the outlawed Kurdistan Workers' Party (PKK), the report said.

But the counterterrorism partnership could end by December 31, when all US forces are scheduled to withdraw from Iraq.

According to The Post, US President Barack Obama's administration has not yet made a decision on the Turkish request.

Last month, the United States offered Turkey its continued support in the fight against PKK militants, after they claimed responsibility for the deaths of eight Turkish soldiers in an ambush.

The attack took place in the Cukurca region of Hakkari province, close to the border with Iraq. Eleven others were injured.

Previously undisclosed diplomatic cables show Turkey has become highly dependent on the Predators, U-2 spy aircraft and other US intelligence sources in its military campaign against the PKK, The Post said.

Sinirlioglu and the Iraqi officials discussed counter-terrorism in great depth.

Sinirlioglu conveyed an invitation from Turkish Foreign Minister Ahmet Davutoglu to Zebari for a visit to Turkey.

Feridun Sinirlioglu will meet the Iraqi President Jalal Talabani on Sunday. He will proceed to Irbil later on Sunday to meet officials from the regional administration.