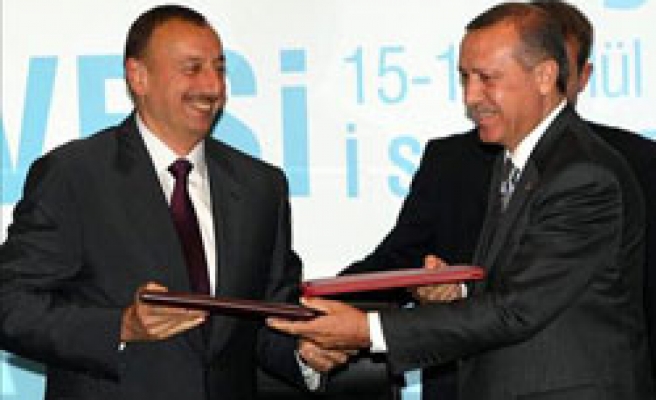 Erdogan and Aliyev signed the agreement at a ceremony at Ciragan Palace in Istanbul within the scope of a summit meeting of heads of state & government of the Turkish Speaking Countries.

After the signing, Erdogan and Azerbaijani President Ilham Aliyev held a joint press conference in Istanbul.

Erdogan said Turkish-Azerbaijani cooperation was based not only on sound solidarity between the two countries but also deep-rooted history and sound ties between the two peoples.

Turkey and Azerbaijan were working for peace, stability and prosperity in the region, he said.

Aliyev said that Azerbaijan and Turkey were working to enhance relations.

After the ceremony, Aliyev told reporters that today Turkey and Azerbaijan had a historic day.

"We are working to boost ties. Turkey has always stood by us," he said.