Turkey calls for restrain in Egypt 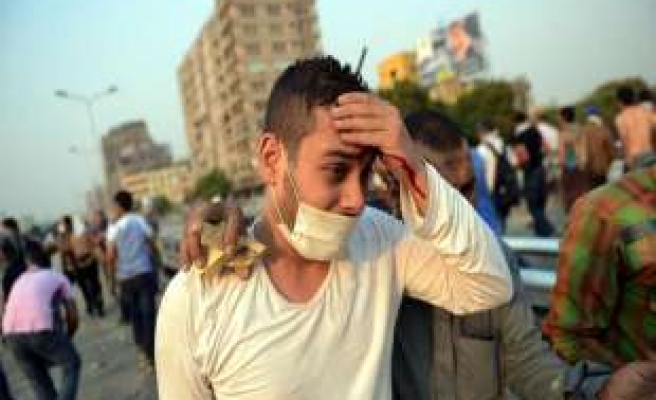 Turkish Foreign Ministry said on Monday "everyone should have sense of responsibility during the critical period in Egypt."

Regarding clashes which erupted Sunday across Egypt between security forces and supporters of the ousted president and which left at least 54 dead, Turkish Foreign Ministry in a statement said "Turkey wished God's mercy for those who lost their lives, and wished speedy recovery for the injured people".

The ministry said that it learned with a big grief that many lives have been lost on October 6 after the Egyptian police intervention to protesters.

The statement said "May God rest those souls who lost their lives during the intervention and we wish a quick recovery for the wounded."

"Everyone should have sense of responsibility during the critical period in Egypt," the ministry also said.