Turkey has infuriated the U.S. and possibly the other members of NATO by confirming a long-range missile deal with a sanctioned Chinese weapons firm, in what appears to be a message to the west. 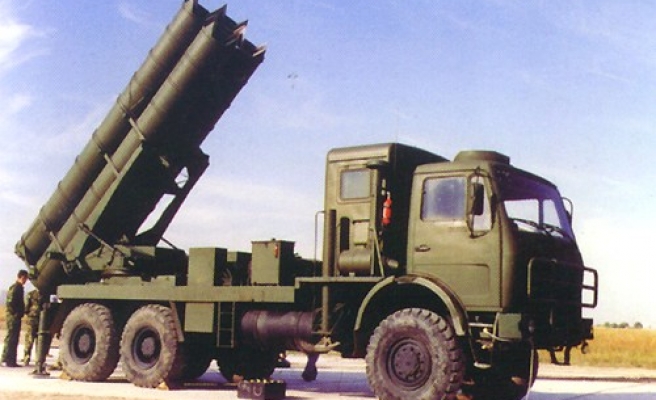 Turkey favored the Chinese offer to co-produce long-range air and defense missiles, which is believed to be worth around $4 billion, over other offers from Russia, the US and a number of European companies. The defense system project has been nicknamed T-Loramids and will be completed over a period of six years.

China’s Precision Machinery Import and Export Corporation (CPMIEC), which has been sanctioned by the US, will develop the F-2000 missiles with Turkey, in a move that will surely frustrate relations between Turkey and its long-term ally the US. This counters a deal made between Turkey and NATO last year, which saw the delivery of ground-to-air Patriot missiles to Turkey’s south-eastern border, along with 400 US, German and Dutch troops. It is likely that NATO may see the developing partnership between Turkey and China as a threat to their organization.

The US sanctioned the Chinese firm under the Nonproliferation Act in February for their co-operation with Iran, North Korea and the Syrian government. Although some are playing down the decision as being one made purely for economic and technological reasons, other commentators believe that Turkey is deliberately demonstrating its anger with the west for its attitude towards Turkey. Constant obstacles and objections obstructing Turkey’s EU membership, as well as the recognition of the so called Armenian genocide are just two of many factors that have been pushing Turkey to seek new allies in the east as of late. Former US official Christina Lin described the move as ‘a wakeup call for the west.’

Turkey Prime Minister Recep Tayyip Erdoğan has openly expressed Turkey’s interest in joining the Shanghai Cooperation Organization (SCO) at a time when talks over Turkish accession to the EU appear to be at a stalemate.

The growing Chinese weapons industry is now producing weaponry as technologically developed as Russia and the US. It has become the fifth biggest seller on weapons, accounting for 5% of the market. Turkey joins Pakistan, China’s number one weapons customer, as China continues to increase its influence in the Middle-East to the expense of US and western interests.

Quoting US sources, a defense industry source in Ankara stated: ‘The US is very, very unhappy about Turkey's selection of China [as their provider]. US President Barack Obama has twice taken up the missile issue with Turkish Prime Minister Recep Tayyip Erdoğan during their face-to-face meetings and reminded the Turkish prime minister about the interoperability problems that … a non-NATO system will create.’ Already it is being said that NATO would not integrate the Chinese missile system with its own Patriot missiles along Turkey’s border with Syria.