Crimean Tatar leaders Refat Chubarov and Mustafa Jemilev held a meeting with Turkish FM Ahmet Davutoglu regarding the latest developments in Crimea in Ankara on Monday. 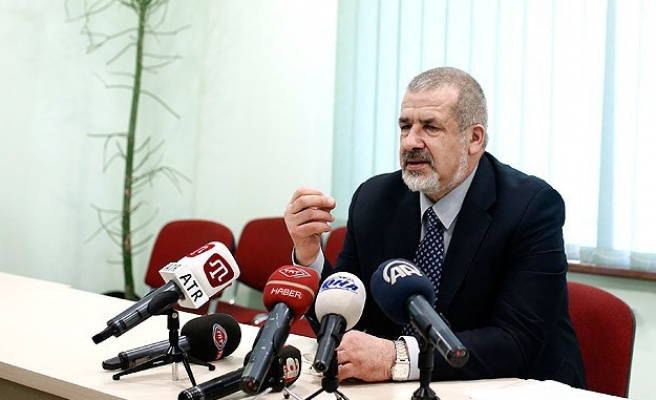 Turkey condemned the five year entrance ban to Crimea which was made to the head of the National Assembly of the Crimean Tatar People.

Refat Chubarov was slapped with a five-year entrance ban by the peninsula's pro-Russian administration.

"The five year ban has no legal or legitimate grounds. This is an open violation of the European Convention of Human Rights," said a statement issued by Turkey's Foreign Ministry on Monday.

The statement also added that the ban signifies the "intolerance" towards Crimean Tatars' national struggle. They are the native population of Crimea since the Mongol hordes' invasion in the 13th century.

Turkey's Foreign Minister Ahmet Davutoglu, Chubarov and the former chairman of the assembly, Mustafa Jemilev, held a meeting on Monday which was closed to the press regarding the latest developments.

Former chairman of the Crimean Tatar assembly, Mustafa Jemilev, was also reportedly denied entry to the peninsula in early May.

Russia annexed Crimea after a disputed referendum held in the peninsula on March 16 following the political crisis in Ukraine.

The peninsula's 300,000-strong Crimean Tatars largely boycotted the referendum, which was denounced as "illegal" by Ukraine and the West.