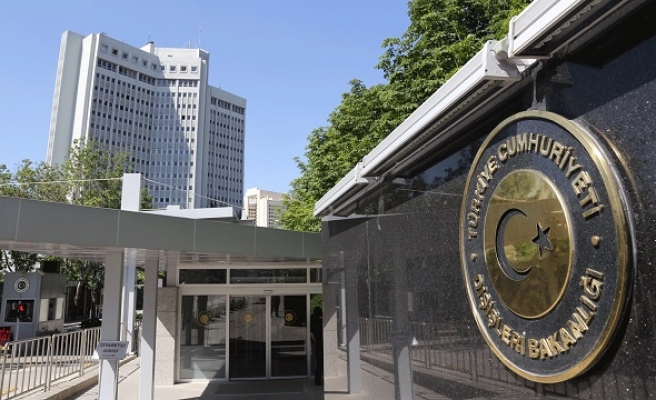 A statement from the ministry on Thursday read: “We found out with great grief that 13 people died in an armed attack carried out by Boko Haram militants in Nigeria’s Borno State on the night of March 14 and at least 22 people died yesterday morning in a suicide attack on a mosque in the capital Maidiguri of the state in question."

“We wish God’s mercy on those that lost their lives during the attack and wish a speedy recovery for the ones that were injured.”

The statement further said: “Once more we emphasize our support for Nigeria’s fight against terrorism and wish for the establishment of peace and calm in the region as soon as possible.”

Boko Haram, which means ‘Western-style education is forbidden’ has been active in Africa’s most populous country since the early 2000s.

Tens of thousands of people have died in terrorist acts by the organization in the last six years in the northwestern Borno, Adamawa and Yobe states.