Citing unnamed senior U.S. military officials, the newspaper said Washington had not yet made a decision on the request. 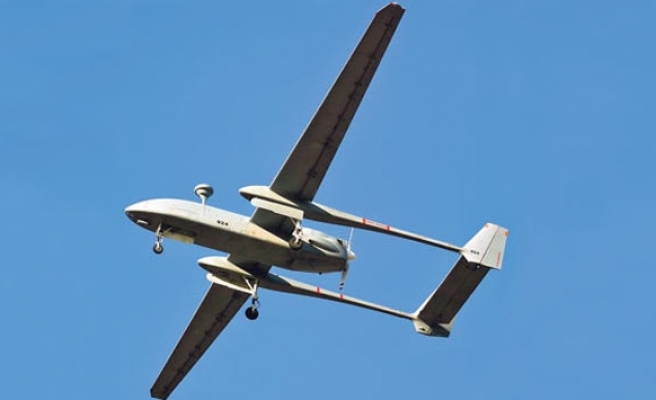 Turkey is in talks with the United States to provide a base for a fleet of U.S. Predator drones now stationed in Iraq, Deputy Prime Minister Bulent Arinc said on Monday.

On Sunday, the Washington Post reported the U.S. government was considering a request from Turkey for a fleet of surveillance drones to be based in Turkey to carry out operations against PKK militants based in northern Iraq.

Citing unnamed senior U.S. military officials, the newspaper said Washington had not yet made a decision on the request.

"We know that Turkey needs to use unmanned aerial vehicles for intelligence purposes. In order to obtain these Predators in Turkey, I know the foreign ministry is working on this," Arinc told a news conference when asked about the report.

"This has not yet been concluded," he added.

According to the Washington Post, the U.S. military has flown unarmed surveillance Predators above northern Iraq since 2007 and has shared images with Turkey as part of "a secretive joint crackdown" on outlawed Kurdistan Workers Party (PKK) militants.

It said previously undisclosed diplomatic cables published by WikiLeaks showed Turkey had become "highly dependent" on the Predators and other spy aircraft in its fight against the PKK.

All U.S. troops are due to leave Iraq at the end of 2011, meaning the Predator drones would also need to be based outside Iraq from Jan. 1 2012, the paper said.

Turkey, a vital NATO ally for the United States, said last week it would host a NATO early-warning radar system as part of the defences of the Western military alliance.

Turkey also has 1,300 soldiers in Iraq under an agreement set up with Baghdad in the 1990s, Iraq says.

Turkey's Chief of General Staff, the head of the army and head of the military gendarmerie met with Prime Minister Tayyip Erdogan on Monday, fuelling speculation over whether Turkey was planning to launch a land operation into northern Iraq.

Arinc said the meeting was a "regular meeting" and there was no immediate plan for any cross-border assault.

"Right now there is no talk (of a ground operation) but when it is required, there will be no need to announce it beforehand or have meeting after meeting about it," he said.

"Definitely do not think that this meeting was about a ground operation or anything to do with it."