It was not clear to which countries Davutoğlu was accusing but a Foreign Ministry statement dismissed claims that he mentioned the names of Russia and China. 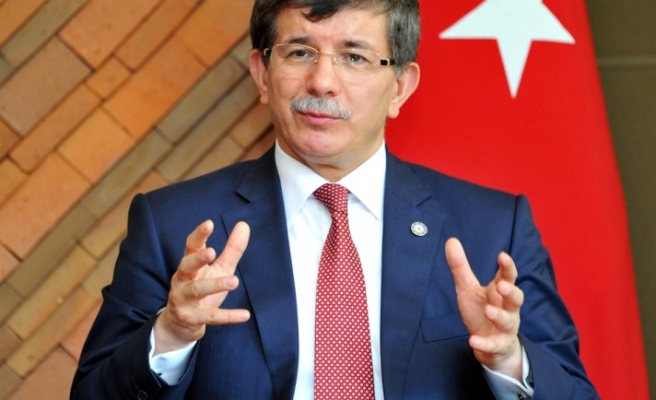 Turkey has denied reports that Turkish foreign minister called for greater pressure on Russia and China to push them to stop supporting Syria’s embattled President Bashar al-Assad’s regime during a gathering of Western and Arab nations in Paris supporting the Syrian opposition.

Ahmet Davutoğlu, addressing the meeting of about 100 delegations from countries around the world and international organizations, said pressure should be increase on the Syrian regime and those who support that regime, increasingly isolate them. “We should also support the opposition, those who work and fight against the regime,” he added.

It was not clear to which countries Davutoğlu was accusing but a Foreign Ministry statement dismissed claims that he mentioned the names of Russia and China.

Russia, which is hosting Syrian opposition groups for talks, is under international pressure to exert influence over Assad's government to make it stick to a peace plan laid out by UN envoy Kofi Annan. Moscow, along with China, has protected Assad from harsher sanctions in the UN Security Council.

Russia and China have in the past vetoed UN Security Council resolutions designed to pressure Assad, who has sought to crush a rebellion against his family’s 42-year rule. Neither of the two permanent members of the UN Security Council were present at the Paris gathering of the Friends of the Syrian People.

The statement on Wednesday said differences in positions between Turkish government and other governments are natural and that those countries who are close to the Syrian regime criticize members of the Friends of Syria.

The statement noted that there are currently open consultation and dialogue channels in every level with Russia and China, where diplomats are discussing differences in views in what it said “open and transparent way.”

The statement added that presenting differences in views between Russia and Turkey as if there is a row between the two countries is a deliberate deception of facts.