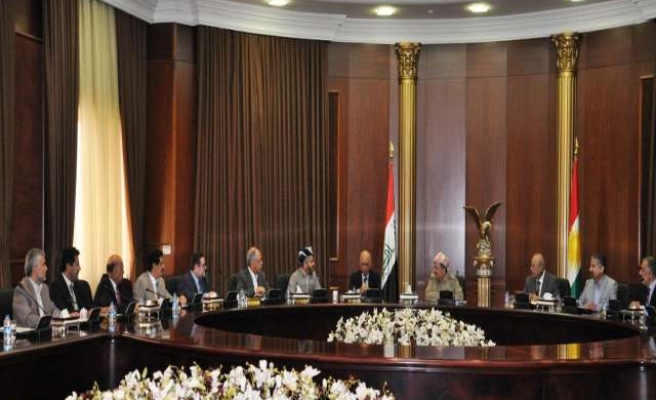 World Bulletin / News Desk
Turkish Deputy Prime Minister Yalcin Akdogan expressed 'strong belief' on Sunday that Turkey's 'solution process' on the Kurdish issue and terrorism would reach a new level of stability ahead of the general elections, which will be held on June 7 to elect 550 new members of the Grand National Assembly.

Speaking at a televised program, Akdogan said negotiations on a resolution were ongoing, and referred to a "first time" in seeing "the light at the end of the tunnel."

The solution process was launched in 2013 to end the decades-old conflict with the proscribed group in the country's eastern and south-eastern regions. The PKK is listed as a terrorist group by Turkey, the U.S. and the European Union.

Akdogan said the current progress led to the process' "most hopeful period ever," adding: “We are trying to reach the final conclusion on this issue to protect Turkey's unity, and to strengthen our brotherhood."