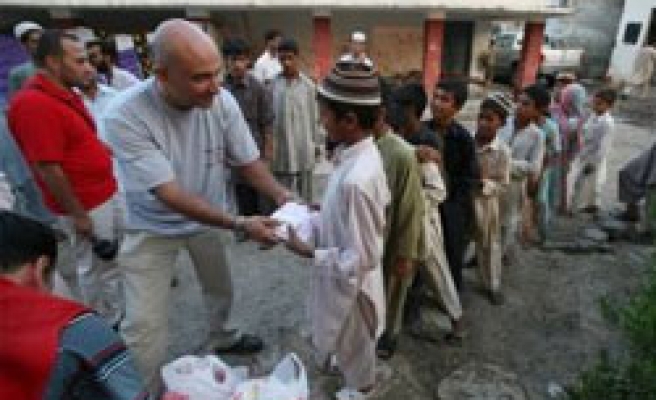 Materials which were brought by aid convoy comprised of seven wagons and 62 trucks will be distributed to people by Red Crescent.

Emine Erdogan and accompanying delegation will visit Nowshera region which was mostly affected by the flood, and she will meet with flood victims in the houses built by Turkish Red Crescent.