Davutoglu said not only Israel but also other countries should know that East Mediterranean was not a place "where Turkey would be cornered." 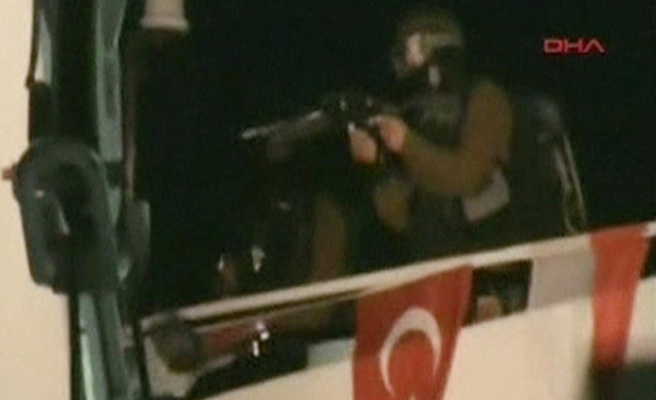 Turkey's foreign minister said on Sunday that the Syrian administration could not reconcile with Turkey if it did not make peace with its own people.

Ahmet Davutoglu said it would be "naive" to consider regional developments as only spread of moderate Islam and within the perspective of Great Middle East Project.

"This project can only be the region's awakening with Turkey," Davutoglu told a televised interview.

Davutoglu said Turkey would never assume an attitude against its neighbors, but underlined importance of hosting NATO missile radars for Turkey's national interests.

The minister said the radar system would be open to control and access of Turkey, and a senior Turkish officer would be present at the NATO headquarters.

Davutoglu said Turkey prevented NATO from opening an office in Israel, and referred to Greek Cypriot initiatives to explore oil and natural gas in the Mediterranean and said these initiatives were sabotaging ongoing negotiations.

The foreign minister said he would discuss this issue with United Nations (UN) Secretary General Ban Ki-moon in New York.

"There are two scenarios: Either Cyprus will become a reunified single state or presence of bi-communal structure will continue in the island," he said.

Davutoglu said Turkey would sign a continental shelf agreement with Turkish Republic of Northern Cyprus (TRNC) in the second scenario.

"We want the East Mediterranean to become a basin of peace, stability and prosperity," he said.

Moreover, Davutoglu said not only Israel but also other countries should know that East Mediterranean was not a place "where Turkey would be cornered."

Davutoglu said Turkey, a state with the longest coast line in the Mediterranean, would not allow stance of some countries that they were the only one to speak in
international waters.

Minister Davutoglu said Turkey's message to Israel was to just take care of its own territorial waters and it could not make unilateral intervention in international waters.

Davutoglu said Turkey would never accept any text as an apology that did not include the word 'apology', and Turkey wanted Israel to openly and officially admit that the attack was a mistake.

Turkey wished international organizations like the Arab League and the Organization of the Islamic Cooperation to take part in an application to the International Court of Justice aiming to lift blockade on Palestine, he said.

Davutoglu said the application would be in October.