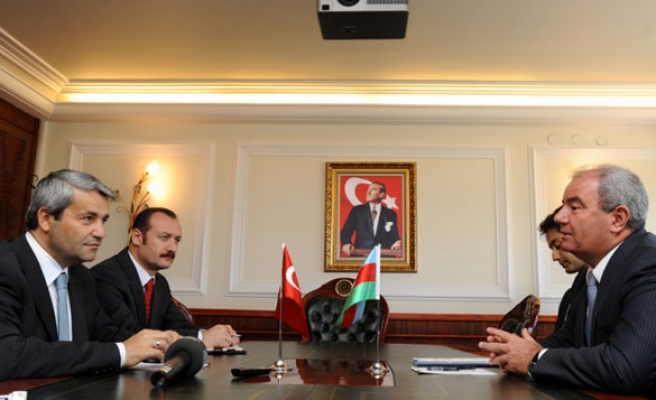 At his meeting with Azerbaijan's Communication and Information Technology Minister Ali Abbasov, who is paying a visit to Ankara, Nihat Ergun said that Turkey and Azerbaijan had very close fraternal, economic and political relations.

He also said that the two countries had a $1.65 billion trade volume, adding: "We must boost it. We have to intensify talks, especially between our two ministers."

Ergun also said that governments of Turkey and Azerbaijan had to have a closer collaboration on developing new mechanisms to establish cooperation between universities and industrial organizations, also on setting up technoparks and creating new tech-zones.

For his part, visiting minister Abbasov said that Azerbaijan's government did not have a ministry on science but was eager to take advantage of Turkey's experiences.