According to Mevlut Cavusoglu, reliance on PYD in fight against ISIL is a 'weakness' 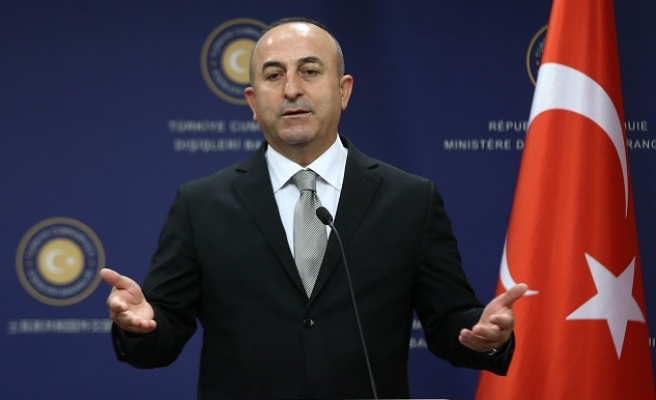 Turkey’s foreign minister on Monday criticized the international anti-ISIL coalition’s reliance on the PYD to provide ground forces against ISIL in Syria.

Mevlut Cavusoglu said it showed “weakness and desperation to count on another terror group in the fight against ISIL”.

The PYD and its armed wing the YPG is seen as a terrorist organization by Turkey, which has accused the group of siding with the regime of President Bashar al-Assad as well as being behind last week’s car bomb attack in Ankara that killed 28 people.

However, while Turkey has shelled PYD positions, the U.S.-led alliance has supported the group in Syria, with the U.S. describing it as a “reliable partner” in the fight against ISIL.

“It is indeed a huge mistake,” Cavusoglu said in a news conference in Ankara. “A drowning man should not clutch at a straw because that straw would only drown him.

“If all these countries are depending on another terrorist group to fight a terrorist organization, this is just an indicator of the situation in Syria. We must promptly put an end to this mistake.”

Last week, Cavusoglu indicated the U.S. position on the PYD was shifting. He said U.S. Secretary of State John Kerry had referred to the group as “untrustworthy” in a recent telephone call.

Speaking Monday, he expressed the hope that all sections of the U.S. government would “see the truth” about the PYD.

The PKK, which has fought a 32-year insurgency against Turkey, is recognized as a terrorist group by the U.S. and EU. Cavusoglu said Turkey has shared evidence with the U.S. on PKK members in key positions in the PYD.

“The latest information we shared proves that they are behind the heinous terror attack in Ankara,” he said. “This information was provided in person by Prime Minister Ahmet Davutoglu.”

The day after the bombing, which targeted military buses in Ankara, Davutoglu said the attack had been conducted jointly by an YPG member with PKK support.

The U.S. has not commented on YPG responsibility for the attack.

Cavusoglu also addressed speculation that Turkey and Saudi Arabia were planning ground operations in Syria. He said the suggestion had been “manipulated” in the media and had “never been on the agenda”.

He warned that air strikes alone would not be enough to defeat ISIL and said Turkey had long advocated ground operations in Syria involving all 65 members of the alliance. However, Turkey “will never engage in a single or joint operation with another country,” he said.