Israel, one of the most important defense industry partners of Turkey, has been enjoying an advantageous trade balance in this area. 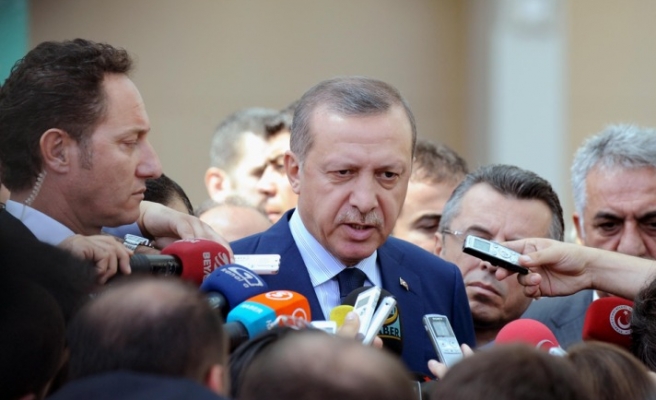 Turkish Prime Minister Recep Tayyip Erdogan has said about the UN report on Mavi Marmara raid, "Geneva decision is clear, the decision of the UN Security Council is clear. The report that has been recently revealed is worthless for us."

Eyes have been turned on defense industry, one of the most important cooperation areas between Turkey and Israel, after Turkey's recent decisions regarding this country.

Prime Minister Erdogan told reporters after attending a ceremony marking the beginning of new judicial year, "Turkey will continue imposing its sanctions with the same determination. In the light of new developments, we will take new steps. Israel has lost the chance of being a partner of Turkey in the region for its own political purposes. In the face of the decisions made by the UN about Israel, Israel has always been the spoiled child. And it supposed that it would always be like that."

"Turkey has already said on numerous occasions that last year's incident in the international waters was inhuman, brutal. It was a state terrorism. We have stood against such a country for the rights of our nine citizens who lost their lives in the raid," he said.

"We advocated that Israel should apologize and pay compensation. Also, Israel should lift embargoes on Gaza. They also made several initiatives. Actually, the report does not meet Israel's expectations. Geneva decision is clear, the decision of the UN Security Council is clear. The report recently revealed is worthless for us," he said.

Prime Minister Erdogan added, "we have already taken some steps. And we are determined to maintain them. As of tomorrow, we will downgrade our diplomatic relations to the level of second secretary. We also suspend our commercial relations, military relations and defense industry relations. Those will be followed by completely different sanctions."

"Trade balance in favor of Israel"

Israel, one of the most important defense industry partners of Turkey, has been enjoying an advantageous trade balance in this area.

Turkey has been purchasing advance technology defense industry products from Israel, whereas this country has been buying military boots and uniforms from Turkey.

Turkey's National Defense Ministry has been cooperating with an Israeli company to modernize Turkish F4 jets.

Some of the recent striking Israeli investments in Turkey are Ofer Group's purchasing shares of Turkish Oil Refineries Corp. (Tupras), and the cancelled Galataport tender.

Below are the agreements and protocols signed between Turkey and Israel: