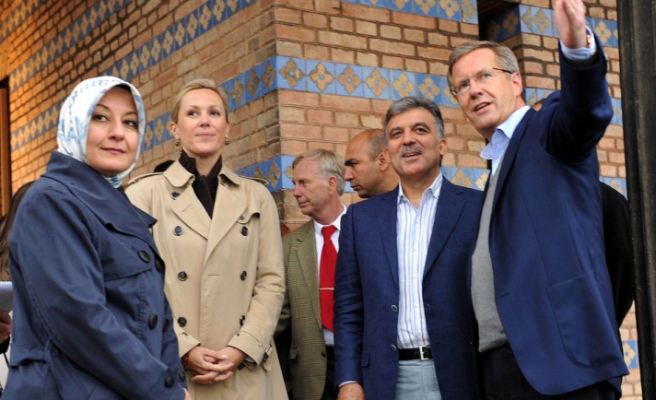 Turkey and Germany have signed an agreement to prevent double taxation as part of Turkish President Abdullah Gul's state visit to Berlin.

Following the signing of the agreement, President Gul and President Christian Wulff presided talks between Turkish and German delegations.

They are expected to hold a joint news conference later in the day.

Gul and Wulff will participate in a Turkish-German business forum meeting.

The Turkish president will deliver a speech at Humboldt University and later attend a dinner hosted in his honor by the German president.

Under the agreement, Turkish citizens who return to Turkey after retiring in Germany with an annual pay of 10 thousand euro, will be exempt from taxes.