President Abdullah Gul said Turkish and German finance ministers would sign the updated version of the agreement on the sidelines of his visit to Germany. 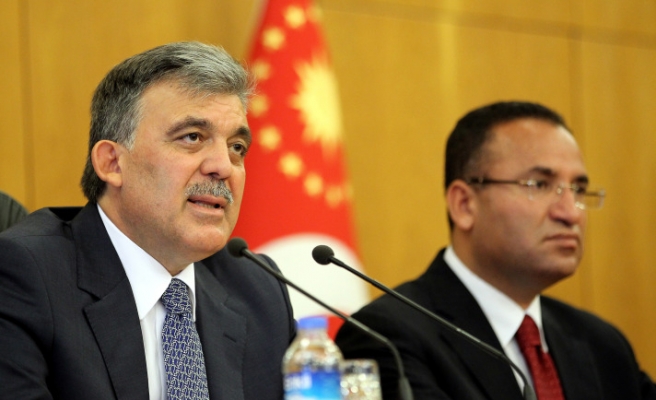 Turkey's president said on Sunday that Turkey and Germany would sign an updated version of agreement on prevention of double taxation.

President Abdullah Gul said Turkish and German finance ministers would sign the updated version of the agreement on the sidelines of his visit to Germany.

"I thinks the agreement will boost economic relations," Gul told reporters before he flew to Germany.

Gul is the first Turkish president to visit Germany in nine years.

President Gul underlined importance of his visit as it was taking place on the 50th anniversary of signature of Turkish-German labor recruitment agreement, and said he would attach importance to cooperation in science, technology, R&D, energy, environment, education and culture during his visit.

Gul said he would exchange views with German executives on bilateral relations, recent developments in Cyprus and Middle East, and other regional and international topics concerning the two countries.

Gul said he believed Turkish community in Germany would diversify and enhance their contributions, adding that he was sure that this visit would make concrete contributions on Turkey's close cooperation with Germany.

Germany is Turkey's biggest trade partner. 4,500 German companies are operating in Turkey, and bilateral trade volume erached 29 billion USD in 2010 and this figure was around 19 billion USD in the first half of 2011, which incidated a 38 percent year-on-year rise.

German President Christian Wulff paid a visit to Turkey on October 18 and 22, 2010.

Besides Turkey-Germany relations, Turkey's European Union membership process and recent global and regional developments will be high on agenda of President Gul's meeting with his German counterpart.

Gul and Wulff will co-chair the Turkish-German Business Forum.

During the president's visit, Turkish and German finance ministers will sign an agreement to prevent double-taxation.

President Gul is also set to address a group of politicians, academicians and students at the Humboldt University, one of the oldest and most prestigious universities in German capital.

He will visit the Institute of Islamic Theology at the University of Osnabruck, in President Wulff's birthplace Osnabruck.

President Gul will also proceed to Stuttgart to meet Prime Minister of the state of Baden-Wurttemberg Kretschmann.

Gul is expected to return to Turkey on September 21.