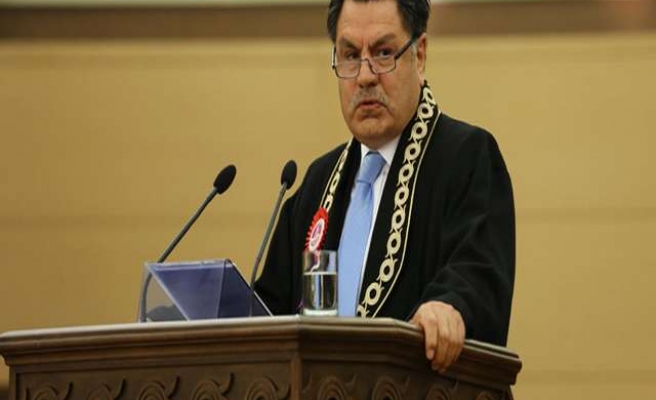 Speaking to press after the two-day congress of the Association of Asian Constitutional Courts and Equivalent Institutions, Kilic said: “We all believe in the rule of law, democracy, human rights and we have combined our powers to defend this values.”

He said the congress ended with the publishing of the "Istanbul declaration" which said: "We would like to remind that power’s dominance may only be transitional, whereas the dominance of justice is eternal. Therefore, the state organs using public power should refrain from trespassing the limits of fundamental rights and freedoms.”

Kilic did not respond to questions about criticism of his comments over the proposed new structure of Turkey’s High Council of Judges and Prosecutors, which he said is a "new body to politically control" the judicial system.