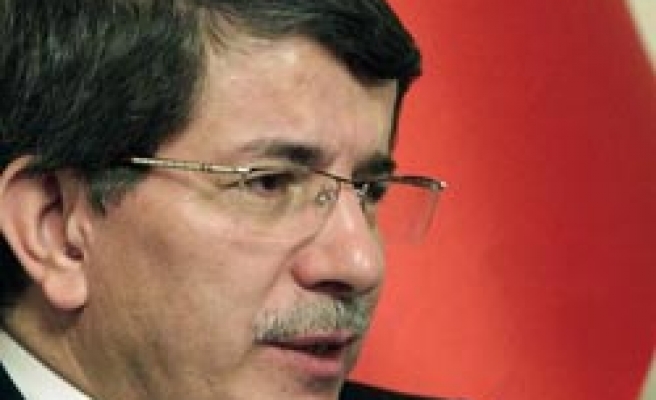 Asked to comment on report of the Council regarding the attack, Davutoglu told reporters that the report was based on strong basis and evidences noting that it was an impartial report that used a legal language.

"Since May 31, the time when the attack took place, Turkey has always used language of international law. Turkey attaches importance to formation of an impartial commission. Actually, we expected the council to release a strong report based on strong evidences. In this sense, this report met our expectations. We hope that Israel will learn to use language of international law and act in line with it," Davutoglu said.

Turkish foreign minister underlined that report of the UN Human Rights Council and UN Investigation Commission were parts of the UN system, "Turkey attaches importance and supports both commissions," he added.

"A stance in line with standards of international law should be displayed. No country, especially Turkey a country which has a strong state tradition and respected in international arena, can remain indifferent against killing of its citizens in open seas.

We have called on international community to take action. In case an impartial report is released, it is the success of international law," he said.

When recalled that Israeli party has not submitted the interim report to UN Investigation Commission, Davutoglu said, "in my speech in the UN Security Council on May 31, I made seven requests. The requests in question were later adopted by the UN Security Council as the presidency statement of the Council. We will continue to follow them one by one. Most of them have been met to a considerable extent so far. Turkish citizens and other passengers as well as the ships were released. The materials were shipped to Gaza. Two international commissions were established.

lockade against Gaza has been eased up. Now, as a part of it, we request Israel to take necessary steps as there is a crime there. From our point of view, it was a crime and it was committed not only against Turkey but also against the international community."

Davutoglu said none of those who wrote down the report of the Human Rights Council was a Turkish citizen or Muslim and none of them had a problem with Israel or any other country. He said there were esteemed chief prosecutors and expert jurists in the commission and none of them were designated by Turkey.

Davutoglu reiterated that the report was not political but it inspected the incident.

Nine people, including eight Turkish and one U.S. citizen of Turkish descent, were killed when Israeli forces raided a Gaza-bound aid flotilla in international waters on May 31. Around 30 people were wounded in the attack.