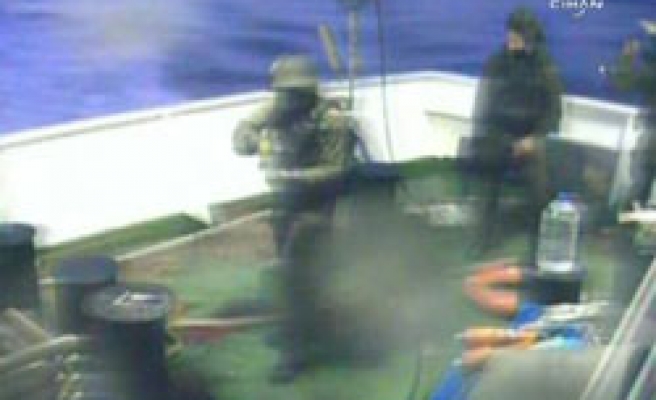 Turkish Foreign Minister Ahmet Davutoglu said Monday Israel's decision to cooperate with the United Nations (UN) in an investigation into the May 31 attack showed that every country was "accountable" to international law.

Earlier in the day, Israel announced that it agreed "to cooperate" with the UN in an investigation into the May 31 attack.

This was the first time that Israel accepted to cooperate with an international committee.

In an exclusive interview with the AA, Minister Davutoglu said that the UN Secretary General has taken a crucial step on behalf of the UN, an entity that represents international conscience.

We are sure that the UN panel of inquiry will be objective, work fast and make a comprehensive study. We have full confidence in the UN Secretary General, Davutoglu said.

Minister Davutoglu said that the panel would start working on August 10 and submit its first progress report on September 15.

We hope that all works in the UN would contribute to efforts for peace in the region, Davutoglu also said.

Israel had until now rejected calls for an international independent investigation into the commando raid and has shunned previous UN investigations into its military actions.

It refused to co-operate with a commission that accused it last year of war crimes in the 22-day assault on the Gaza Strip, which killed up to 1,500 Palestinians.

Sources said that Davutoglu phoned Erdogan on Monday before the UN announcment.

During the phone conversation, Prime Minister Erdogan told Davutoglu to closely follow-up the UN flotilla probe and reminded that Turkey's demand for "an apology and compensation" from Israel continued.