“The fate of the Turks kidnapped in Lebanon is de facto linked to the fate of the Lebanese inside Syria,” said the same official to the Daily Star. 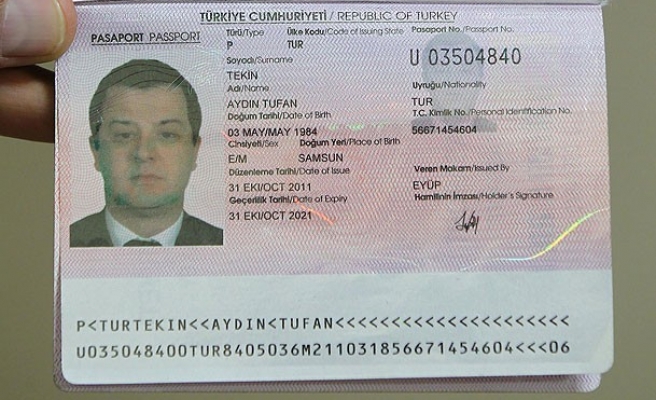 Turkey's National Intelligence Organization (MİT) is directly involved in the negotiations to free 11 Lebanese Shiite pilgrims who were abducted in Syria, the Lebanese Daily Star reported on Thursday.

According to the report, a Turkish official has stated that the fates of two Turkish citizens kidnapped in Lebanon -- Abd Basset Orssolane and Aydın Tufan Tekin -- are tied to that of the 11 Lebanese pilgrims currently held in Syria, signaling Ankara's involvement in negotiations to end a crisis that began three months ago.

“The fate of the Turks kidnapped in Lebanon is de facto linked to the fate of the Lebanese inside Syria,” said the same official to the Daily Star.

According to the official, Lebanese Interior Minister Marwan Charbel and director of General Security Brig. Gen. Abbas Ibrahim were briefed on the current status of the Lebanese kidnapped in Syria by MİT Undersecretary Hakan Fidan.

The report states that Charbel visited Turkey over the weekend in search of accurate information regarding the Lebanese pilgrims amid conflicting media reports concerning the fate of the men, many of whom had been reported dead in air strikes that targeted the Syrian town of Azaz, which killed at least 40 people.

However, Turkish President Abdullah Gül recently stated that the kidnapping of businessman Tekin was not linked to the abduction of the 11 Lebanese pilgrims in Syria. The Lebanese Shiite pilgrims were abducted in Syria in May while returning from a pilgrimage in Iran.

Tekin's abduction by the Meqdad clan in Beirut came after reports that the pilgrims had died in the air strikes in Azaz in northern Syria.

“We are doing what we can to save the abducted Lebanese, but this is an issue that we are not directly involved in,” said Gül.

The clan said that Tekin was kidnapped in retaliation for the Free Syrian Army's abduction of their relative Hasan Meqdad in Damascus. Meanwhile, the clan warned on Monday of unspecified action if their kinsman kidnapped in Syria is not released soon, raising fears that the Turkish hostages' life may be in danger.

The report also stated that officials at the Turkish Embassy maintained that the issue of the 11 Lebanese pilgrims and the two Turkish citizens kidnapped in Beirut were independent of one another, adding that Turkish officials were working to secure the pilgrims' release. The official also said that last week's strikes on the Syrian town of Azaz had further complicated the case of the Lebanese pilgrims in Syria.