Davutoglu: Turkey and Iran believe stopping the bloodshed will provide an important basis for political negotiations 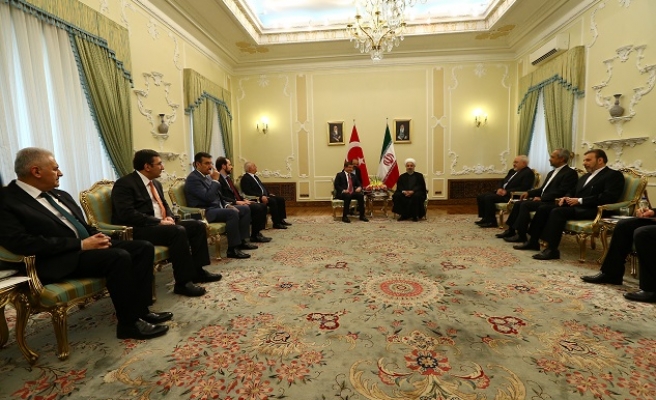 Davutoglu said the two countries agreed to support the cessation of hostilities in Syria for the negotiation process.

"We [Turkey and Iran] are considering that stopping the bloodshed will provide an important basis for political negotiations," Davutoglu said.

Davutoglu said he believes that Turkey and Iran agree on the need to protect Syria's territorial integrity, support the cessation of hostilities for the negotiation process, represent all of Syria’s various elements in the government, fight terrorism, and not depend on foreign actors to solve the region's problems.

A cessation-of-hostilities agreement entered into force on February 27, paving the way for talks to resume.

Since the truce went into effect, the Assad regime – which along with Russia backing, is also supported by Lebanon’s Hezbollah group – has also continued to carry out attacks, both from the air and on the ground.

The U.S., EU, Turkey, and the Arab Gulf States, for their part, say that only when Russia halts airstrikes against opposition-held and civilian areas in Syria can a genuine cease-fire be achieved.

Davutoglu also talked about the trustees who have been appointed for Zaman newspaper, saying: "These are judicial process, not political".

On Friday, an Istanbul court decided to appoint trustees for Zaman.

The newspaper is accused of supporting of what is called the Gulenist Terror Organization, headed by U.S.-based preacher Fethullah Gulen.