The Turkish foreign minister will have a trilateral meeting with his Brazilian and Iranian counterparts in Istanbul on Sunday, his office said. 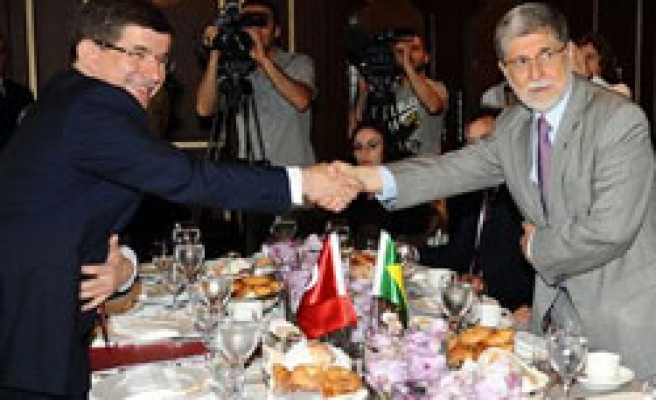 The Turkish foreign minister will have a trilateral meeting with his Brazilian and Iranian counterparts in Istanbul on Sunday, his office said.

Turkey's Foreign Minister Ahmet Davutoglu will meet his Brazilian counterpart Celso Amorim, who arrived in Istanbul on Saturday evening within the framework of his visit to the region.

Davutoglu and Amorim are expected to discuss bilateral relations and Middle Eastern developments.

Therefore, Davutoglu and Amorim will first have a bilateral meeting and then meet Motaki over luncheon to debate settlement of Iran's nuclear program controversy through peaceful means.

In the statement, the ministry said Turkey would maintain its contributions to diplomatic solution of Iran's nuclear program controversy, resumption of negotiations between Iran and P5+1 (the permanent five members of the UN Security Council plus Germany), and beginning of technical negotiations with the Vienna Group.