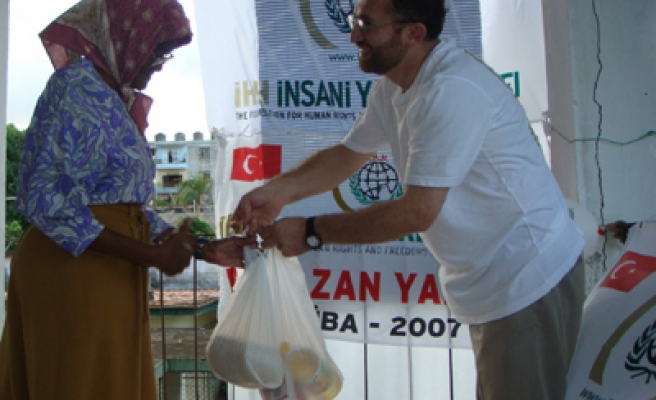 Turkey was the world’s third most generous country of 2013 in terms of international aid, according to a report on global humanitarian assistance.

Turkey’s assistance equals 0.21 percent of gross national income. It is the second successive year that Turkey has been placed third, according to Thursday's Global Humanitarian Assistance 2014 report.

Globally, $22 billion was donated in humanitarian aid last year, mostly going to crises in the Central African Republic, the Philippines and Syria.

Turkey's has spent more than $3.5 billion on helping Syrians since civil war broke out in 2011.

The Turkish disaster management agency was the first rescue service to reach typhoon victims in the Philippines. The agency also provided C.A.R. and Afghanistan with aid and sent hundreds of trucks to northern Iraq and Gaza.