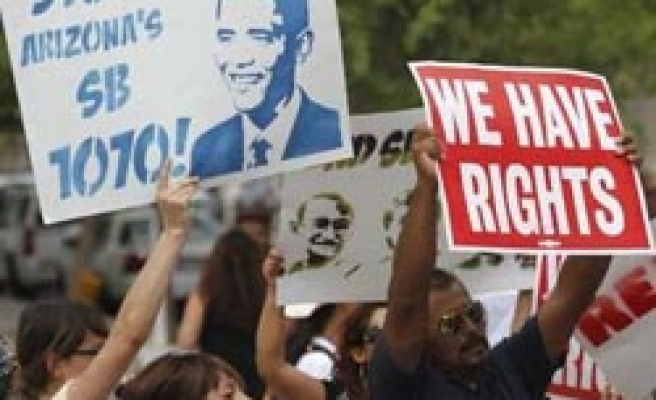 Turkish Parliament Speaker Mehmet Ali Sahin signed on Wednesday a declaration drafted by Mexico to protest an immigration law in Arizona, the United States, which Mexico said was "racist and discriminatory".

Sahin signed the declaration on the sidelines of the Third World Parliament Speakers' Conference in Geneva, Switzerland, as Mexican Senate President Carlos Navarette asked for support during a private meeting with Sahin and Mevlut Cavusoglu, head of the Parliamentary Assembly of the Council of Europe, who also signed the declaration.

Turkey became the only country to extend support outside the region. Other countries that signed the declaration include Uruguay, Panama, Ecuador, Bolivia and Guatemala.

The Turkish parliament chief later departed for Turkey from Geneva after concluding his talks.