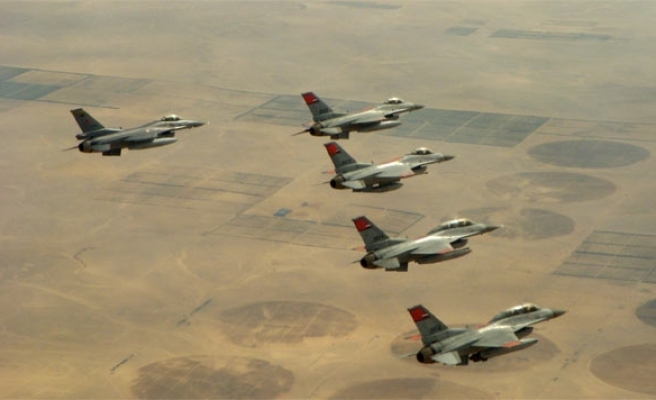 The two soldiers were shot dead on Saturday in Tunceli in the latest clash in a province where outlawed Kurdistan Workers Party (PKK) militants have been active in recent months.

The soldiers came under fire while patrolling in the rural Geyiksuyu area, state-run Anatolian news agency reported, quoting a statement by the provincial governor's office.

The two militia men were shot dead on Sunday morning, according to security officials. They had been on patrol in the mountainous southeast province of Hakkari, which borders Iraq.

Village militia are often recruited from shepherds to guard the remote settlements.

Turkish war planes later bombed PKK targets across the border in the mountains of northern Iraq, security officials said, in the latest in a series of strikes launched after PKK militants killed more than 40 security personnel in July.

Between 145 to 160 militants have been killed in air and artillery strikes on PKK bases in northern Iraq in August, Turkey's armed forces said.

On Saturday Turkey's south eastern neighbour Iran said its troops had killed or wounded 30 members of the PJAK (Party of Free Life of Kurdistan), an offshoot of the PKK. .