Turkey's president said that U.N. Security Council should improve its efficiency in order to establish international peace and security. 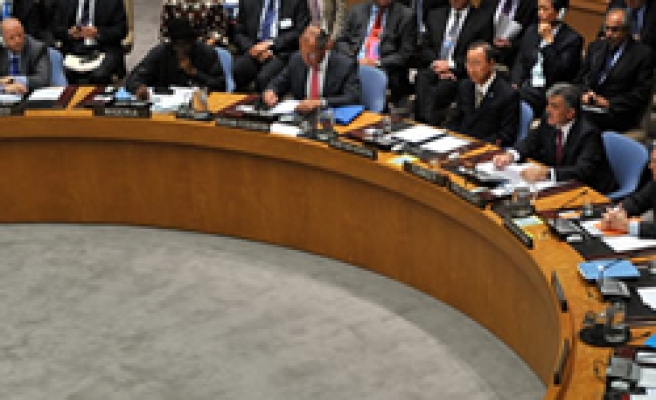 Turkey's president said Thursday that the United Nations Security Council should improve its efficiency in order to establish international peace and security in the upcoming days of the 21st century.

Chairing a UN Security Council summit on preservation and settlement of peace in New York, USA, Turkish President Abdullah Gul said concrete steps should be taken to make the Security Council more active, adding that Turkey would always be a reliable partner of the council and international community in such process.

Pointing to Turkey's geographical position, Gul said his country was located in a strategic area that covered a wide region between the Balkans, Middle East, Black Sea, Mediterranean, Caucasus and Central Asia, and such geography was the intersection point of many classical and asymmetric risks and threats.

"Therefore, Turkey has to struggle with multilateral issues which affect both its security and the safety of regions around it and it displays efforts to establish peace and stability in such a wide area," Gul said.

Gul also said that Turkey's displaying a remarkable performance thanks to its mediatory efforts in the recent term was no coincidence.

"We consider preventive diplomatic efforts as the most efficient and low-cost method for the solution of the existing and potential problems. Therefore, we attach great importance to international community's improving its skills in prevention of conflicts," he said.

The Turkish president also noted that reasons lying beneath conflicts should be determined and eliminated for a sustainable peace and security.

Noting that the UN Security Council was a bit slow in keeping up with the changing conditions of the present time, Gul said, "In order to fill this gap, the council should be in a more intense interaction with the countries that are not its members and adopt a more transparent and future-focused approach".