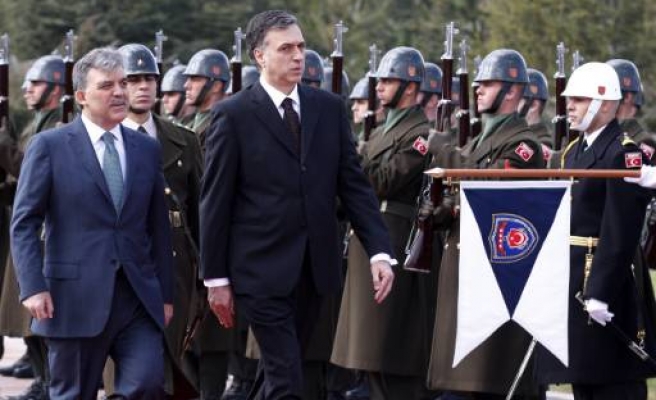 The armed forces of Turkey and Montenegro have signed an agreement for cooperation in the fields of technology, education and science, officials announced on Wednesday.

“Cooperation between the two countries will continue in all fields,” said Turkish Chief of Staff General Necdet Ozel in a joint conference with Montenegrin counterpart Admiral Dragan Samarcic before the 8th Balkan Chief of Staffs' Conference held in Montenegro on Wednesday.

Ozel praised Montenegro’s role in maintaining peace in the Balkans and expressed hope for its bid to become a member of the NATO.

Montenegro's accession to the NATO has been in the negotiation stage since 2010. The country was granted a membership action plan in 2009, marking the final step in applying for membership. Montenegro may join the NATO by the end of 2014.