Erdogan said, Turkey has taken steps to patrol the Mediterranean, and vowed to stop Israel from exploiting natural resources in the area. 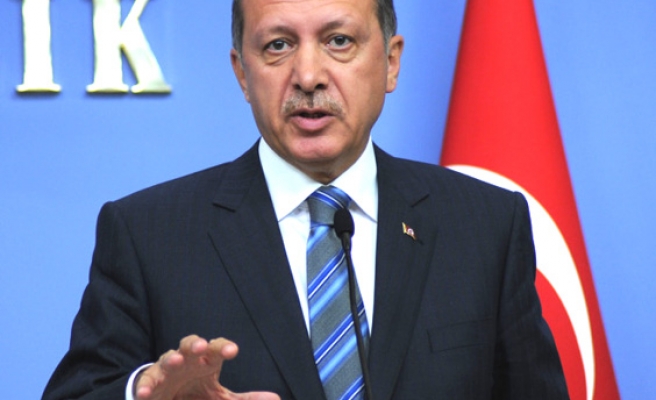 In a televised interview with the Al-Jazeera, Prime Minister Erdogan said about the freedom of the seas in the Mediterranean, "for the time being, Turkish vessels are obliged to protect their own ships. This is the first step. We are going to send humanitarian aid to the region. And Turkish vessels carrying humanitarian aid will never be subject to any attack again."

"From now on, we will not let these ships to be attacked by Israel, as what happened with the Freedom Flotilla," Erdogan said.

"Turkey does not make the same mistakes with Israel in the international waters. Turkey's state and military decency do not allow such mistakes. Our goal is to stand against atrocity in the world and support those who are desperate. There are desperate people here. Israel bombed those desperate people for 15-16 days. Those people are trying to live in tents now. We want justice for them," he said.

"There are 1.5 million people there and they cannot be ignored. Our historical, cultural and humanitarian ties with them entail us to make such a decision. We cannot remain silent against their living conditions," Prime Minister Erdogan added.

Erdogan said, NATO member Turkey has taken steps to patrol the Mediterranean, and vowed to stop Israel from exploiting natural resources in the area.

"You know that Israel has begun to declare that it has the right to act in exclusive economic areas in the Mediterranean," Erdogan said, apparently in reference to Israeli plans to exploit offshore gas reserves found in areas that are also claimed by Lebanon.

"You will see that it will not be the owner of this right, because Turkey, as a guarantor of the Turkish republic of north Cyprus, has taken steps in the area, and it will be decisive and holding fast to the right to monitor international waters in the east Mediterranean," he said.

Turkey says oil deals granted by the Greek Cypriot government, which represents the island in the European Union, are illegal as the borders of Cyprus remain undetermined while Greek Cypriots and Turkish Cypriots pursue reunification talks.

In addition to an apology, NATO-member Turkey has demanded that Israel end the Gaza blockade, in a move Israel also refused.

"A normalisation or improvement in Turkey-Israel relationships shouldn't be expected unless they apologise, pay a compensation and lift an embargo on Gaza," Erdogan said on Thursday.