Foreign Minister Cavusoglu says Dutch firms are No.1 in Turkey 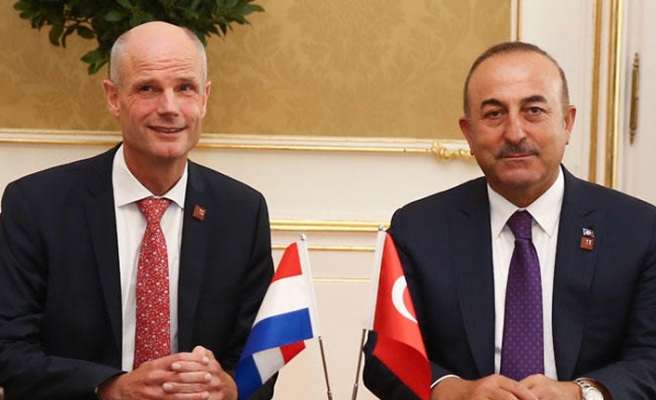 Turkey and the Netherlands will focus on positive measures to improve bilateral relations, Foreign Minister Mevlut Cavusoglu said on Wednesday.

Highlighting the recent appointment of ambassadors by Turkey to the Netherlands and vice versa, Cavusoglu said he and Blok had a productive meeting.

"Dutch firms are number one in Turkey when it comes to direct investment. We also increased our investment in the Netherlands," he said.

Stating that Turkey and the Netherlands have enjoyed friendly relations for more than 400 years, Cavusoglu said both sides had learned lessons from the 2017 spat.

Relations between the two countries plunged ahead of the April 2017 presidential referendum in Turkey, when Dutch authorities canceled the flight permit of a plane carrying Cavusoglu.

Rallies by Turks there in favor of constitutional changes to shift Turkey to an executive presidential system also faced tremendous restrictions from both central and local governments.

"We will look to focus on positive measures to improve our relations," Cavusoglu said, adding that he will pay an official visit to the Netherlands within the first three months of 2019.

Blok highlighted Turkey's importance as a NATO ally and praised the country for hosting over 3.5 million refugees.

Since the Assad regime began carrying out airstrikes in southwestern Idlib and northern Hama, Turkey has ramped up diplomatic efforts with a view to preventing further escalations in the region.

It was feared that armed conflicts in Idlib would lead to considerable civilian losses, trigger a fresh wave of emigration, and allow terrorist groups to infiltrate the city.

Within the framework of proposals made by Turkish President Recep Tayyip Erdogan at a Sept. 7 meeting in Tehran, Erdogan and Russian counterpart Vladimir Putin agreed later in Sochi on the need to take additional measures to maintain acease-fire.

That agreement was welcomed by civilians in Idlib, more than 50,000 of whom have since returned to their homes.