"Turkey has never supported any units which have connections with Al Qaeda and never let them use our borders with Syria. No one can bring this issue under suspicion," FM Davutoglu said on Tuesday. 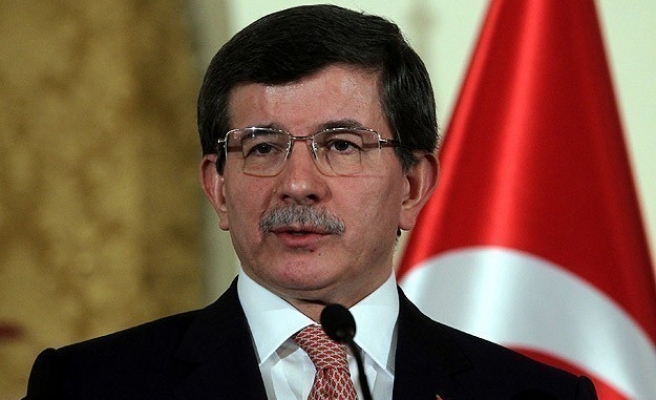 Turkish Foreign Minister Ahmet Davutoglu on Tuesday said "Turkey has never supported any units which have connections with Al Qaeda and never let them use our borders with Syria".

Speaking in the joint press conference in Turkish capital Ankara on Tuesday with his Danish counterpart Foreign Minister Villy Sovndal, Davutoglu said "Turkey has never supported any units which have connections with Al Qaeda and never let them use our borders with Syria".

"No one can bring this issue under suspicion as Turkey is one of the countries fighting against terrorism," Davutoglu added.

For Syrian refugees entering Turkey, Davutoglu said, "you need to open your doors whoever runs away from the Syrian regime."

Davutoglu pointed out that "the Syrian regime has been bombing cities. They are using bombs against Syrian civilians as if they have no responsibility. Who can criticize a county that opens its doors for those people who run away from Syrian regime?"

"If we close our border to Syrian refugees, what kind of criticism would we face?" Davutoglu added.

Indicating that his counterparts always visit Ankara, Davutoglu said "whoever visits Ankara, l tell them to add on to their visit programs a refugee camp visit and if anyone wants to feel what Syrian refugees feel, l recommend them to go to the refugees' camps to witness thier sufferings".

"Within this aspect, Danish FM will be visiting Gaziantep refugee camp to call on the world for the Syrian refugee issues," Davutoglu said.

"Unfortunately, the Syrian regime has rejected to meet with Syrian opposition, to solve the Syria crisis," said Davutoglu.

Davutoglu said "Turkey is not alone in this aspect and 138 countries by a UN General Assembly resolution have accepted the Syrian coalition group as the only representative of the Syrian people and only 12 countries rejected that resolution."

Davutoglu said "it is not a problem of one single country. It is a problem of humanity and the refugee issues should be shouldered by international society, the reason behind Turkey calling on the UNSC to pass a resolution on Syrian refugees".

"We have always been calling on UNSC to pass a resolution on Syrian refugees," added Davutoglu.

"Turkey has spent $2 billion for refugees as we are honoured for the expenditure for Syrian friends," Davutoglu noted.

Criticizing the international community, Davutoglu also noted that "133 million dollar which is less than 10 percent of our expenditure were covered by other countries".

Increasing the aid inside Syria

"We need to increase the aid inside Syria. If not, what we are afraid of is the increase of Syrian refugees in neigbouring countries," Davutoglu said.

Davutoglu said "Refugee issues will be on top of our agenda while international community does not do its part of duty on this issue".

"Syrian regime has been doing something which they should have done very very long ago for its chemical weapons," Davutoglu highlighted.

Danish FM Sovndal also talked about the refugees and said "we all witness a terrible situation more than two and half years now. Many people have been fleeing from Syria".

"We have helped Turkey for Syrian refugees and we think the regime is responsible for what they do against their people there," Sovndal said.

Upon invitation by Davutoglu, Sovndal held talks with Davutoglu in Turkish capital Ankara.

During the visit, both sides discussed Turkey-Denmark relations, Turkey's EU accession process, the economic crisis in Europe and exchanged views on the latest regional and international developments.

Following the meetings in Ankara, Sovndal will go to Turkey's southeastern Gaziantep province as he was set to visit a refugee camp in Islahiye town sheltering Syrians.