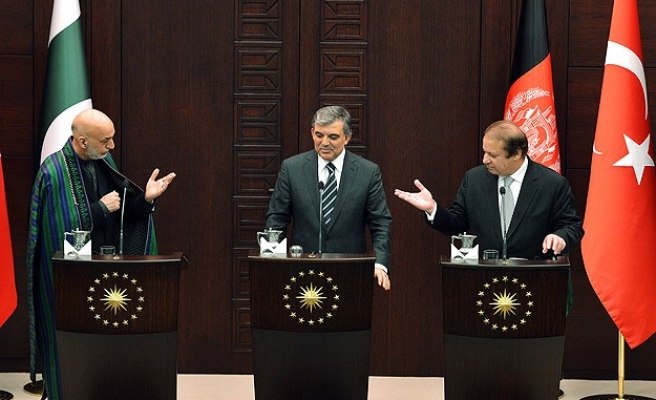 The Presidents of Turkey and Afghanistan and Pakistan's Prime Minister emphasized the importance of the ongoing election process in Afghanistan during a trilateral meeting between the three leaders on Thursday in Turkey's capital, Ankara.

At the joint statement in which the common resolve to combat terrorism in all its forms was emphasized, it was also noted that Pakistan and Afghanistan should work together more closely and that joint projects for socio-economic development could be used to build mutual trust and solidarity in the region.

“We are very pleased with this outcome and would remain constructively engaged to see our Afghan brothers succeed and thrive in the months and years ahead,” said Sharif.

The leaders emphasized that the international community should continue to support Afghanistan’s socio-economic development beyond 2014.