Turkish Finance Minister Simsek said that Turkey had been passing through a big change and transformation in recent period. 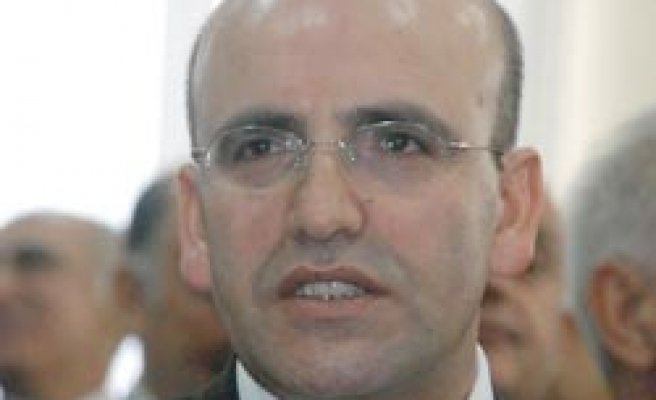 Turkish Finance Minister Mehmet Simsek said on Wednesday that Turkey had been passing through a big change and transformation in recent period.

Similar change and transformation in Syria would be very beneficial for the stability and prosperity of the region as well as for the future of both Turkey and Syria, added Simsek who completed his talks in Aleppo and proceeded to Damascus where he held meetings with Syrian Finance Minister Muhammad al-Husayn, Transportation Minister Yarob Badr and Assistant Vice President Hassan Turkmani.

Simsek welcomed the recent developments in Syria, and said that important reforms were made and a strong economic performance was recorded as an outcome of those reforms in recent years.

Upon suggestions of Syrian minister al-Husayn to share experiences on tax and budget issues and to cooperate in banking and insurance sectors, Simsek said that a Turkish delegation could visit Syria or Turkey could host a Syrian delegation regarding the tax issue. He added, "we should certainly organize this in August or September."

Recalling that visa was lifted between Turkey and Syria, Simsek said that infrastructure in custom gates should be modernized to meet the rising demand.

Meanwhile, al-Husayn said that Syria attached importance to jointly establish a bank with Turkey's Ziraat Bank, adding that efforts were under way in this issue.

Syrian Transportation minister also said that they had very good relations with Turkish Transportation Ministry, adding that an important step was taken by starting railway trips between Turkey and Syria.