Turkish FM says US counterparts 'started to understand this issue' 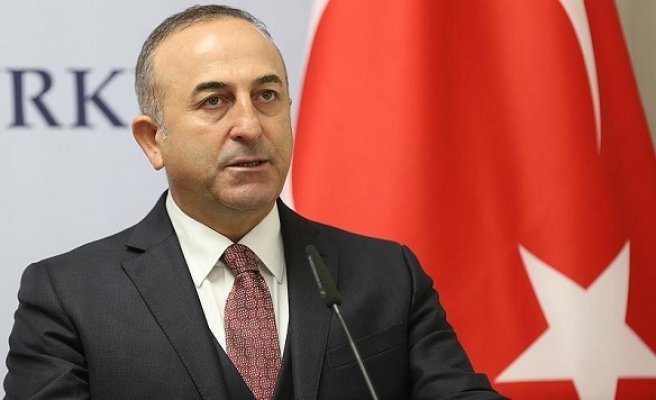 Turkey’s foreign minister has said he is “pleased” that U.S. Secretary of State John Kerry has described the Syrian-Kurdish YPG as untrustworthy.

Mevlut Cavusoglu told a news conference in Georgia's capital Tbilisi on Friday that Kerry had made the description in a phone conversation.

On Thursday, Kerry called his Turkish counterpart to express condolences on the deaths of military personnel and civilians in Wednesday’s terrorist attack in Ankara that killed at least 28 people wounded dozens more.

"Although conflicting statements are coming from the U.S., it is a significant development that they have started to understand this issue," Cavusoglu said Friday.

He said that some statements coming from the U.S. are “conflicting and confused”.

"A country's -- such as U.S.’ -- view about terror and a terrorist organization should be very clear," he said.

"We are glad to hear from John Kerry yesterday that his views on the YPG have partly changed," Cavusoglu added.

The YPG is the armed wing of the terrorist PKK's Syrian affiliate, the PYD.

U.S. State Department spokesman John Kirby has previously said: "We don't, as you know, recognize the PYD as a terrorist organization."

The U.S. has neither confirmed nor denied the YPG’s responsibility for Wednesday's deadly terror attack in Ankara.

Turkey considers the three Kurdish groups to be terror outfits but the U.S. designates only the PKK as a terrorist organization and regards the YPG as a "reliable partner" in northern Syria fighting ISIL.

Cavusoglu told reporters: “Russia is targeting civilians, schools, hospitals in its attacks. Important warnings were made to Russia regarding this issue.”

“Russia, by attacking civilians and schools, is committing war crimes,” the Turkish FM said, adding that Russia “should desist”.

“Russia’s attacks are an obstacle even for humanitarian aid to be delivered to the region,” Cavusoglu said

Russia started its air campaign in Syria in September but Cavusoglu insisted that since then only 12 percent of Russia’s airstrikes have been directed against ISIL, with 88 percent instead targeting Syrian moderates.

Cavusoglu said that Turkey is supporting all countries fighting ISIL: “We are opening our airports for the jets of Germany, France and the U.S.”

The minister also said that Saudi Arabia had requested permission to use Turkey’s airports in the fight against ISIL and that Ankara’s reply would be positive.

He said that Turkey has always played an active role in fighting ISIL, and the same would happen in the future. “Before all, ISIL is a threat to us,” he said.

"From the beginning we are saying that in the fight against terrorism, it is necessary to cooperate with everyone, including Russia," Cavusoglu said.

He also said that cooperation is needed not just in the fight against terror but also in reaching a final political solution for the Syrian crisis.

Cavusoglu was speaking alongside the foreign ministers of Georgia and Azerbaijan who also condemned Wednesday's deadly bomb attack in the Turkish capital.