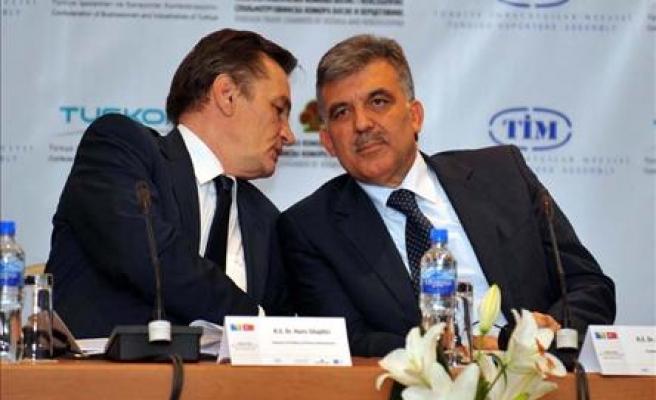 "Because, we believe security and stability in the Balkans could be achieved more easily under the roof of both EU and NATO," Gul told a joint press conference with Bosnia-Herzegovina's Presidency Chairman Haris Silajdzic in Sarajevo.

However, Gul urged Bosnian government to make necessary reforms on the path to NATO and said Bosnia-Herzegovina should act together with surrounding countries to become a member of EU and NATO.

On his part, Silajdzic said that Turkish President Gul underscored the importance of security and stability in the Balkans at their meeting and thanked Turkey for its support to Bosnia.

Slajdzic described bilateral relations as perfect and said "it is a relation which I could even describe as extraordinary."