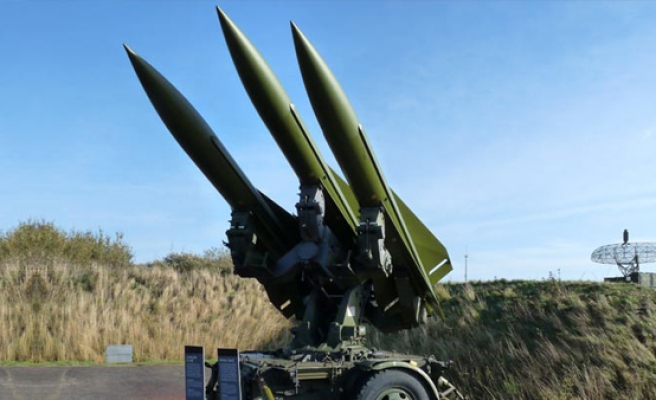 The Turkish embassy in South Africa used Turkish Victory Day celebrations – held this week in capital Pretoria – to showcase the country’s defense industry before high-profile guests who attended the event.

“We invited a lot of military people to the event,” he added. “We wanted them to see our capacity in terms of military-industrial performance.”

Turkey’s Victory Day is celebrated every year on Aug. 30 to commemorate the country’s victory at the Battle of Dumlupınar, the final – and decisive – battle in Turkey’s 1922 War of Independence.

“We’re trying to partner with South Africa, which also has a large defense industry,” Esener said, citing the example of Turkish defense manufacturer ASELSAN, which, he said, would be partnering with a South African defense firm.

The ambassador went on to note the many opportunities available to Turkish businesses in South Africa, calling on other Turkish manufacturers to invest in the continent’s most developed economy.

“Our relationship with South Africa is growing geometrically,” he asserted. “And we hope to achieve even more when we team up together.”

He also noted that Turkish and South African military chiefs had recently visited each other’s countries.

The ambassador went on to note the high levels of two-way trade between the two countries, which, he said, had amounted to some $1.6 billion last year.

“Sometimes our two-way trade figures reach as much as $2.2 billion,” he added.

According to Esener, some of Turkey’s largest investments in sub-Saharan Africa are in South Africa.

Esener also pointed out that officials from both countries were currently negotiating the terms of a proposed free trade agreement, which, he said, would serve to increase bilateral trade volumes.

Turkish Victory Day celebrations in Pretoria were attended by a number of foreign diplomats, defense attachés and business leaders, along with several Turkish expatriates.