Turkish Foreign Minister Ahmet Davutoglu said, "developments in the coming days will be critical, for both Syria and Turkey." 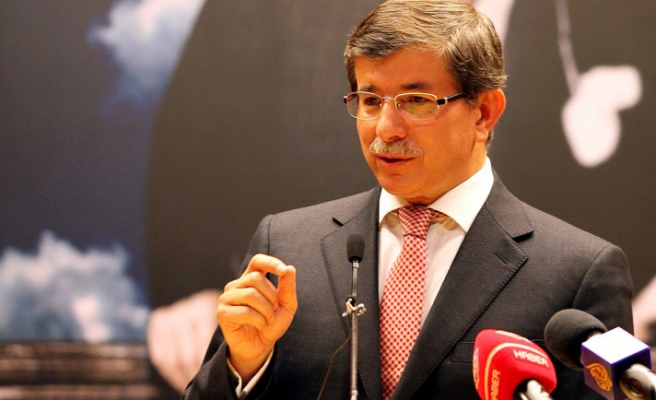 Turkey demanded on Tuesday that Syria's leaders stop the killing of civilians and said it would watch events there in the coming days, raising pressure on President Bashar al-Assad, who said his forces would continue to pursue "terrorist groups".

"Developments in the coming days will be critical, for both Syria and Turkey," Turkish Foreign Minister Ahmet Davutoglu told a news conference in Ankara after returning from talks in Damascus. "Turkey's main and first aim is for the bloodshed to be stopped, and (for) an end to civilian deaths."

Davutoglu said he had stated Turkey's expectations clearly in talks with Assad and other Syrian officials and had passed on a written message from President Abdullah Gul and an oral message from Prime Minister Tayyip Erdogan to Assad.

Turkish leaders, who once backed Assad, have repeatedly urged him to halt the violence and make urgent reforms after street protests against his autocratic 11-year rule erupted five months ago.

"We hope that those steps that will stop the bloodshed will be taken," Davutoglu said.

Neighbouring Turkey has grown increasingly critical of the violence but earned a sharp rebuke on Sunday when an Assad adviser said Syria would not accept interference in its affairs.

Davutoglu said Turkey hoped for a peaceful transition in Syria resulting in the Syrian people deciding their own future.

"Our priority is to devise a way to end bloodshed in Syria. Our only goal is to secure an environment where all Syrian people regardless of their ethnic or religious backgrounds could live in peace," he said.

Assad, who described the uprising as a foreign conspiracy to divide Syria, said there would be no let-up in military action.

Syria "will not relent in pursuing the terrorist groups in order to protect the stability of the country and the security of the citizens," state news agency SANA quoted Assad as telling Davutoglu.

"But (Syria) is also determined to continue reforms ... and is open to any help offered by friendly and brotherly states."

Washington expressed disappointment at Assad's latest comments and said U.S. Secretary of State Hillary Clinton expected to talk to Davutoglu after his meetings in Syria.

"It is deeply regrettable that President Assad does not seem to be hearing the increasingly loud voice of the international community," U.S. State Department spokeswoman Victoria Nuland told reporters when asked about the comments.

Syrian tanks pressed on with an armoured offensive in the eastern city of Deir al-Zor, capital of an oil-producing province on the border with Iraq's Sunni heartland. Residents said snipers killed one person on Tuesday as tanks thrust into main neighbourhoods and roundabouts in the city.

Assad's forces also raided villages around the besieged city of Hama, broadening a 10-day offensive there, and stormed the town of Binnish near the border with Turkey, activists and residents said.

The Syrian National Organisation for Human Rights said Syrian forces killed at least 30 civilians in the assaults, most of them north of Hama, including two girls aged 6 and 11 from the same family.

Rights groups say at least 1,600 civilians have died since the uprising against Assad erupted in March, making it one of the bloodiest of the upheavals sweeping the Arab world.