Turkey ready to cooperate with EU on refugee crisis: PM 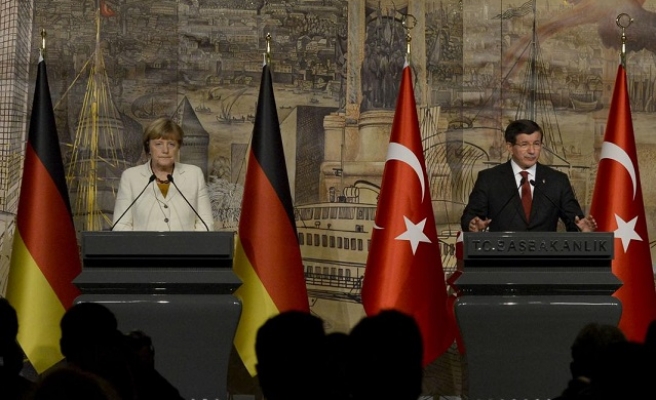 Turkey is ready to "open all channels of cooperation" to help the European Union resolve an escalating refugee crisis at its borders, Prime Minister Ahmet Davutoglu said Sunday at a joint meeting with German opposite number Angela Merkel.

Davutoglu stressed, however, that it was essential to find a resolution to the Syrian conflict to ensure a permanent end to the crisis, the worst of its kind facing the 28-nation bloc since World War II.

Merkel said the world was facing a "crisis beyond control", adding that cooperation between German and Turkish government should grow to adequately tackle the refugee influx.

Davutoglu reiterated Turkey's stance on the necessity of establishing a safe zone in northern Syria "for there not to be new waves of migration".

An EU summit in Brussels called on Friday for implementing an action plan with Turkey -- which came complete with several economic and political incentives for Ankara -- to stop the flow of refugees into Europe.

There are 2.5 million refugees in Turkey, and the country has so far spent $8 billion on refugees, while support from other world countries amounted to only $417 million.

According to the plan, EU would offer economic aid and humanitarian assistance for refugees hosted in Turkey, which is keen to establish a safe area for refugees to live inside Syria.

Under the action plan, presented by the European Commission president Jean-Claude Juncker to Turkey’s President Recep Tayyip Erdogan in Brussels on Oct. 5, the EU offered 1 billion euros ($1.13 billion) in humanitarian assistance for refugees hosted in Turkey, which has asked for 3 billion euros in aid.

In addition, the EU leaders agreed to accelerate the visa liberalization process for Turkish citizens seeking to visit the 28-nation bloc’s Schengen borderless zone if Turkey manages to reduce the flow of refugees coming into Europe.