Syria reports claimed that the camps in Turkey were turned into centers of "isolation, rape and torture." 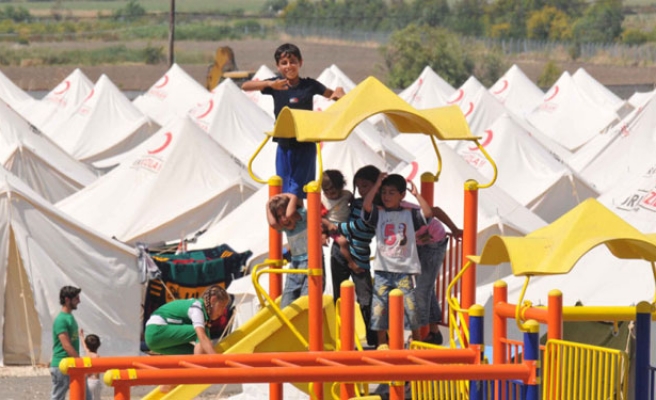 Turkey has expressed its regret over some news reports in the Syrian state-run news agency SANA and some dailies about the camps in Turkey.

In a statement late on Tuesday, Turkey's Ministry of Foreign Affairs said about news reports claiming that the camps in Turkey turned into centers of isolation, rape and torture, "these are nothing but dark propaganda, lie and evil."

"Syrian people in those camps have taken shelter in Turkey because of their bad experiences and their fears in their own country. It is the responsibility of Syrian government to eliminate reasons which led people to leave their own country. Turkey has mobilized all its capabilities to ensure Syrian people's security in the camps. Authorities in the camps in the southern Turkish province of Hatay fulfil their responsibilities with a great devotion. United Nations and Syrian Red Crescent officials have already admitted it," it said.

"Under the principle of rule of law, Turkish authorities will investigate allegations by the Syrian state-run news agency. Turkey has launched an official initiative at the Syrian Ministry of Foreign Affairs. We asked information about people mentioned in the news reports. We hope that Syrian authorities will display the same sensitivity about allegations regarding recent developments in Syria," the Ministry added.