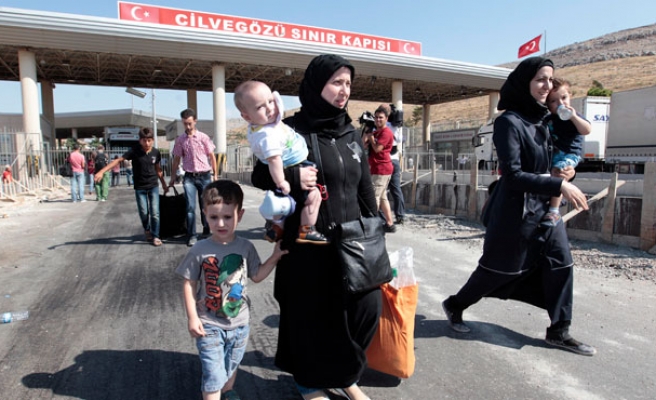 Turkish authorities have re-opened the country’s southeastern Cilvegozu border crossing, but only for Syrian refugees to exit through, after a three day-closure following random gunfire from Syria's nearby Bab al-Hawa border crossing.

The border gate was shut on Monday after gunfire nearly 500 meters from the area where Turkish trucks transfer their cargo to Syrian-plated trucks, according to an Anadolu Agency correspondent in the Reyhanli district of the southern border province of Hatay.

Cilvegozu border crossing, which connects Turkey's Hatay province to the Syrian city of Aleppo, has long been the point of entrance and exit for Syrians fleeing the relentless fighting in their country, as well as for trucks that carry humanitarian aid into Syria.

The border gate remains closed for trucks loaded with humanitarian aid bound for Syria, and the closure caused a truck line of about 7 kilometers.