Turkey's deputy prime minister Besir Atalay said if the Greek Cypriots were sincere about a solution, they should not create new problems. 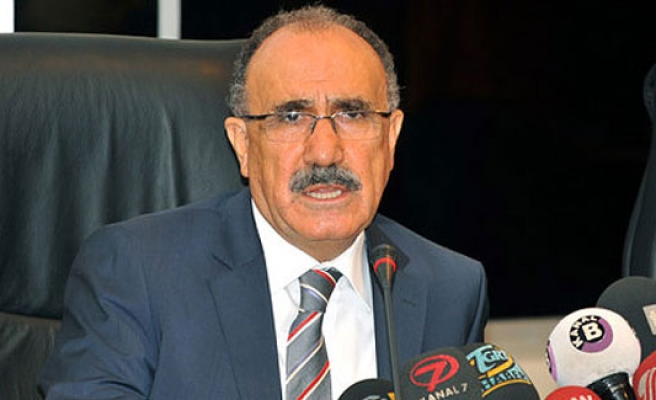 Turkey's deputy prime minister said on Wednesday that the unilateral initiatives of the Greek Cypriot administration to determine naval authority zones and oil explorations in the East Mediterranean posed a serious risk.

Besir Atalay said if the Greek Cypriots were sincere about a solution, they should not create new problems.

"Turkey is determined to take every measure to take Turkish Cypriot people's peace and prosperity under guarantee, and will continue to stand by Turkish Cypriots under every circumstances, will never leave them alone," Atalay told reporters before flying to Turkish Republic of Northern Cyprus (TRNC).

Atalay said the Greek Cypriots should give up their initiatives that posed a risk for a settlement, and if Turkish Cypriots and Greek Cypriots reached an agreement by the end of this year, they could establish a new partnership state.

"And this state can undertake rotating presidency of the European Union (EU) in the second half of 2012, and a new and constructive atmosphere, particularly in Turkish-EU relations, can be created," he said.

Atalay said Turkey was supporting the process that aimed to reach a settlement in ongoing Cyprus negotiations till the end of December 2011 and to hold two referenda in January.

However, the Greek Cypriot administration should also be good willed for a settlement, he said.

Atalay said if a common future was foreseen between Turkish Cypriots and Greek Cypriots, it could not be possible by unjustly isolating the Turkish Cypriots, and Turkey would continue to exert efforts in order to end the unjust restrictions on TRNC.

Moreover, Atalay said Turkey was planning to complete the project to bring potable water to Cyprus with pipelines till March 2014, and more energy and infrastructural projects were on the way.

Therefore, Turkey was behaving in line with its historic responsibilities, Atalay also said.

Deputy Prime Minister Besir Atalay will meet TRNC President Dervis Eroglu, Prime Minister Irsen Kucuk, and other executives as well as representatives of NGOs during his four-day visit to TRNC.