Taner Yildiz said the "Piri Reis" vessel, anchored at Izmir Port, would set sail to the Mediterranean on Friday to explore oil and natural gas. 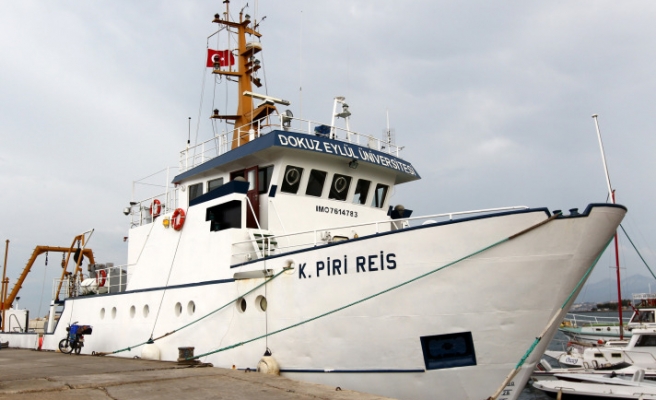 Turkey's energy and natural resources minister said on Thursday that a Turkish oil exploration vessel would set sail towards the Mediterranean on Friday.

Taner Yildiz said the "Piri Reis" vessel, anchored at Izmir Port, would set sail to the Mediterranean on Friday to explore oil and natural gas.

"We will intensify and prioritize our projects regarding the Mediterranean, and Piri Reis will set sail tomorrow," Yildiz said after his meeting with Awat al-Barasi, a member responsible for energy of executive board of Transitional National Council of Libya, in Ankara.

Yildiz said Turkey would never resort to provocative behaviors, and was not expecting "Mediterranean to be heated in the short term."

Turkish Prime Minister Recep Tayyip Erdogan and President Dervis Eroglu of Turkish Republic of Northern Cyprus (TRNC) signed in New York on Wednesday an agreement on the delineation of the continental shelf between two countries in the East Mediterranean.

Turkey said it would send a vessel to the region to launch own research this week, adding the ship would be escorted by Turkish warships.

Turkey has repeatedly called on Greek Cyprus to postpone its gas exploration, saying the Greek side has no right for offshore energy search, while the island remains split, thus leaving the Turkish north out of the picture.