Turkish minister said that the international community should not hurt Pakistan's pride while helping this country after the recent major flood disaster. 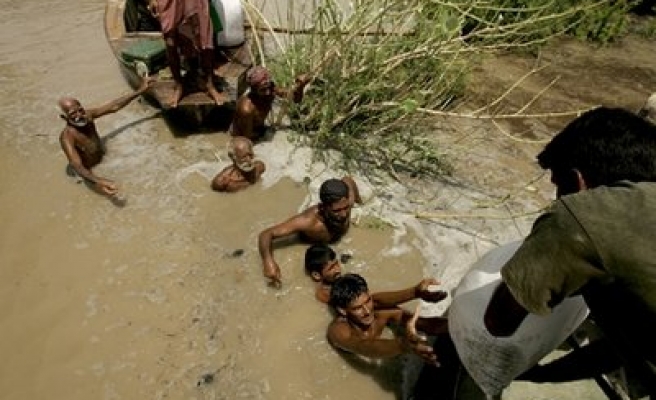 Turkey's chief EU negotiator said on Friday that the international community should not hurt Pakistan's pride while helping this country after the recent major flood disaster.

Speaking at a press conference in New York, USA, Turkish State Minister & Chief Negotiator for EU Talks Egemen Bagis said Turkey and Pakistan had a strong friendship, adding Turkey should not leave Pakistan alone as the country was currently faced with the biggest natural disaster in its history.

Bagis said Turkey had extended a 10 million USD financial aid to Pakistan so far, moreover, it had sent 140 tons of humanitarian aid to the country after the disaster.

Commenting on the latest UN meeting on the situation in Pakistan, Bagis said it had been seen during the gathering that the amount of aid to be delivered to Pakistan could reach the figures targeted by the UN secretary-general, besides, the U.S., the European Union (EU) and several other countries had also announced they would send more aid to Pakistan.

Bagis noted that UN would hold another meeting on Pakistan on September 19 or 26 in New York, moreover, the EU would host a gathering in Brussels on October 14-15.

Noting that Pakistanis would need the biggest help once the flood waters withdrew, Bagis said Turkey was eager to make any possible contribution to future meetings aiming at helping Pakistan.

Bagis also said that the aids to be delivered to Pakistan should respect the country's sovereignty and pride.

"The Pakistani nation is prideful just like the Turkish nation. We especially emphasized (during the UN meeting) that Pakistani people's pride should not be hurt while extending help," the negotiator noted.