Erdogan said that Turkey would keep working for peace, prosperity and tranquility in Bosnia-Herzegovina. 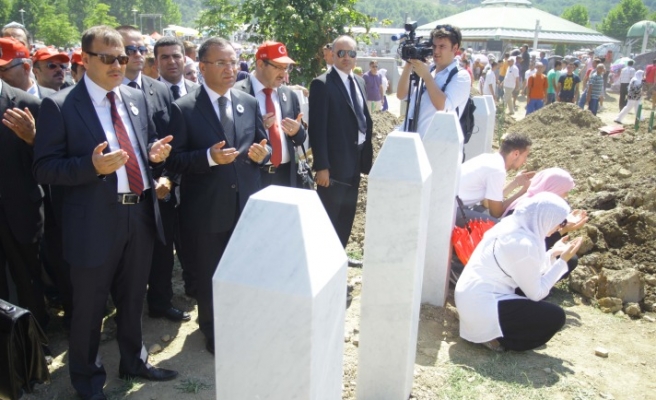 Delivering a speech at his party's meeting in Ankara, Erdogan made remarks about the 17th anniversary of Srebrenica massacre.

Turkey would never forget Srebrenica massacre that happened at the heart of Europe, he said.

More than 8,000 Bosnian people were killed in and around the town of Srebrenica in Bosnia and Herzegovina in July 1995 by units of Serbian army during the Bosnian War.

Delivering a speech, Bozdag said that July was "the month of sorrow" for Bosnia-Herzegovina.

"We are here to share pain of our brothers and sisters in Bosnia-Herzegovina," he said.

Bozdag said that they would never let such incidents happen again.

Remains of the 520 newly identified victims of the massacre will be laid to eternal rest in Wednesday's funeral ceremony.