Erdogan said that Turkish-Spanish relations have been improving in areas of economy, security, defense, industry and energy. 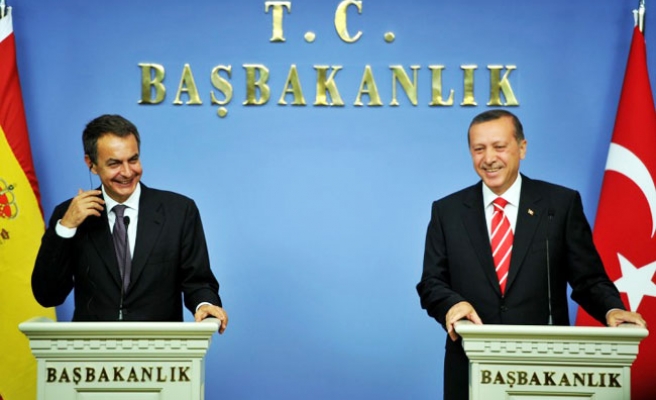 Erdogan said that Turkish-Spanish relations have been improving in areas of economy, security, defense, industry and energy.

Premier Erdogan said that Spain also extended a great support to Turkey's EU accession process and it was appreciated by Turkey.

Spanish Prime Minister Zapatero said that changes in Arab world and economic crisis in the EU showed once again that Turkey must join EU. Zapatero said he would keep defending Turkey regarding this issue. "We want to see Turkey in the EU," he said.

Regarding Arab Spring, he said that they supported establishment of new democratic systems respecting freedoms in these countries.

Zapatero said that they also discussed Palestinian issue in his meeting with Erdogan. Spain supported Palestine and the issue must be solved, he said.

Zapatero said that economic relations and cooperation between Turkey and Spain were improving.