The Turkish Red Crescent Society sent 200 units of what is called "Mevlana house" -long-term shelter for a four-member family- to the flood-hit Pakistanis. 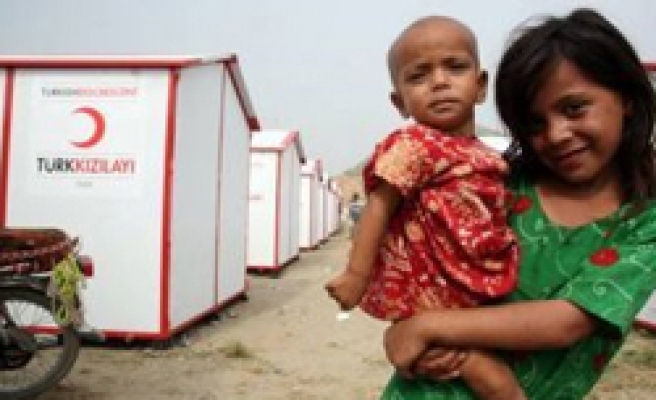 The Turkish Red Crescent Society on Tuesday sent 200 units of what is called "Mevlana house" -- a large tent that can provide long-term shelter for a four-member family -- to the victims of devastating floods in Pakistan.

The tents, which costs nearly 2,700 USD each, are resilient to harsh winter conditions and they can provide housing for at least two years, a Red Crescent official said.
Pakistan's worst-ever floods killed at least 1,600 people and displaced more than 20 million.

So far, Turkey has sent and $10 million financial aid and 244 tons of relief support that included vaccines, medicine, medical stuff.