A ship will set sail on Saturday to carry equipments to Somalia, Turkish Forestry and Water Works Minister Veysel Eroglu said on Friday. 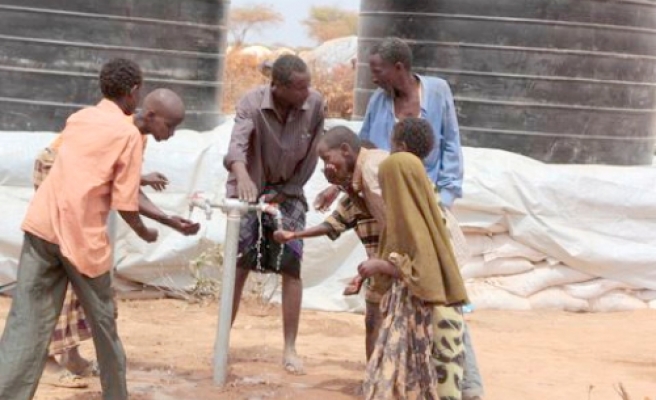 As part of recent campaign to help famine-stricken Somalia, Turkey will send water well drilling equipments to supply water for Somali people who have been fighting drought.

A ship will set sail on Saturday to carry equipments to Somalia, Turkish Forestry and Water Works Minister Veysel Eroglu said on Friday.

Somalia is suffering from severe water crisis as drought and famine affected millions of people. Thousands of people are not able to drink clean water.

Eroglu said that Turkey had initiated a project to drill 30 water wells in the first phase. He said Turkey would send water drilling equipments earlier in August but departure was delayed due to security problems.

Turkish ship is expected to arrive in Somalia in two weeks and a team of 11 technicians will be in Somalia early next month.

Eroglu said that per capita water use in Somalia was almost a quarter of world average. He said Turkey would help Somalia supply sufficient amount of water for public health.