Turkish and Serbian Labor Ministries signed an agreement for joint cooperation in a ceremony held in Belgrade. 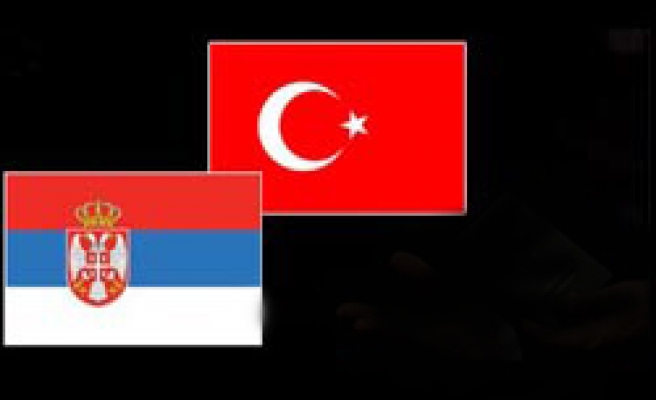 Turkish and Serbian Labor Ministries on Thursday signed an agreement for joint cooperation in a ceremony held in Belgrade.

In a press conference held after the signature ceremony, Omer Dincer said that today was an historic day for Turkey and Serbia.

Relations between our two countries get stronger with every agreement signed. Turkey pays special importance to relations with Serbia, Dincer underlined.

I am confident that Turkey's mutual cooperation with Serbia will get better with time. The Turkish International Cooperation Agency (TIKA) has realized projects worth 15 million USD in the region, Dincer said.

Turkish Eximbank will extend a loan to Serbia for the construction of an highway in the Sanjak region of Serbia, Dincer said.

Rasim Ljajic, in his part, said that the agreement signed today (Thursday) was crucial for their relations with Turkey.

This agreement is a proof of excellent relations between Turkey and Serbia, Ljajic said.

There is no topic on which we do not agree except Kosovo. We do not see our relations with Turkey as sufficient. We hope to develop the trade volume between Turkey and Serbia.

The first term meeting of the Turkey-Serbia Joint Economic Committee was also held in Belgrade.

Dincer said that close relations between Turkey and Serbia also contributed to social and economic life.

Trade volume between the two countries had amounted to lower than 200 million USD in 2000s and now the figure was expected to reach 450 million USD at the end of 2010, Dincer said.

The JEC meeting would boost economic relations between Turkey and Serbia, he said.